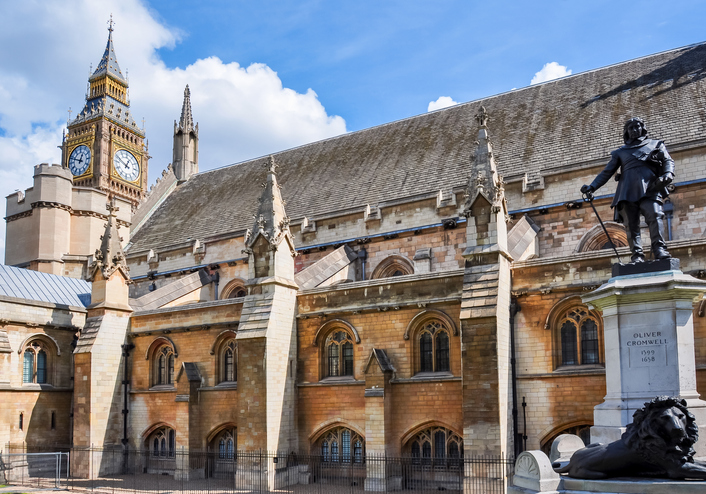 Throughout history, much has been discussed about the positioning of statues, acknowledging that sometimes a statue’s station is as important as its stance and design. A good example of the thought that goes into this process relates to the statues outside Westminster Palace. Outside the Palace walls stands a sword-bearing statue of Oliver Cromwell facing stridently east. Across the street, in a niche in the wall of St. Margaret’s Church, Charles I looks back at his murderer with forgiveness in his eyes, the two wedded for posterity in sculpture as they are in history. A short distance away in Parliament Square stands Sir Winston Churchill.

When Churchill’s monument was to be installed, officials discussed which way he should face. There were many options: toward the House of Commons, House of Lords, Westminster Abbey, or St. Margaret’s Church. Finally, they reasoned he should face the building where he spent the most time—St. Stephen’s Tavern.

Tourists and locals alike can still get a drink at Churchill’s old haunt, while gazing through the Victorian-etched glass windows at the famous clock tower of the Houses of Parliament. If you ask politely, the barman might show you an unopened bottle of House of Commons whiskey signed by Tony Blair (the whisky has become an icon—for those few who know about it—and is only available for display; no tasting allowed).