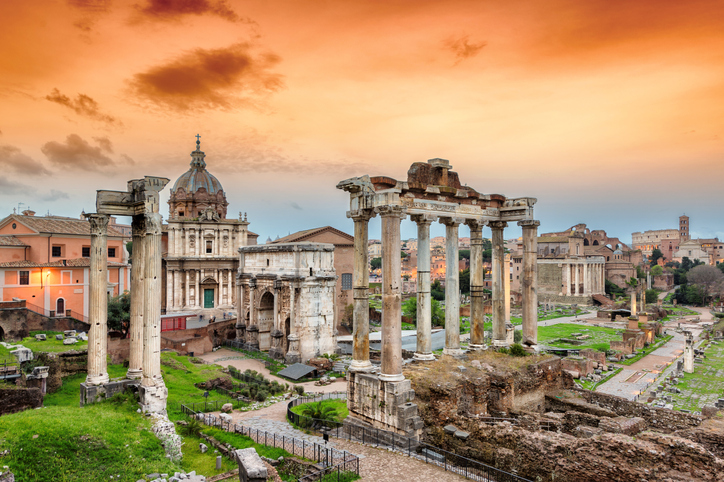 A MILLION INHABITANTS SQUEEZED INTO THE CITY

Hollywood movies depict Imperial Rome as a city of gleaming marble and gold. But by the 1st century AD, more than 1 million inhabitants were squeezed into the city—a population density that would not be equaled until 19th-century Manhattan.

Poor areas like the Subura district, only a stone’s throw from the Forum, were simply slums of crumbling tenements. The alleys were no more than 10 feet wide, muddy arteries where walking was a diabolical obstacle course of mule dung, rotting vegetables, and falling bricks. Pedestrians had to dodge tradesmen hawking their wares, jugs of wine hanging overhead from tavern doors, the jabs of fellow pedestrians, even barbers shaving in the middle of the street. No wonder Romans hung out at the Forum.