WYOMING: THE “WAR” FOR THE GRAND TETON 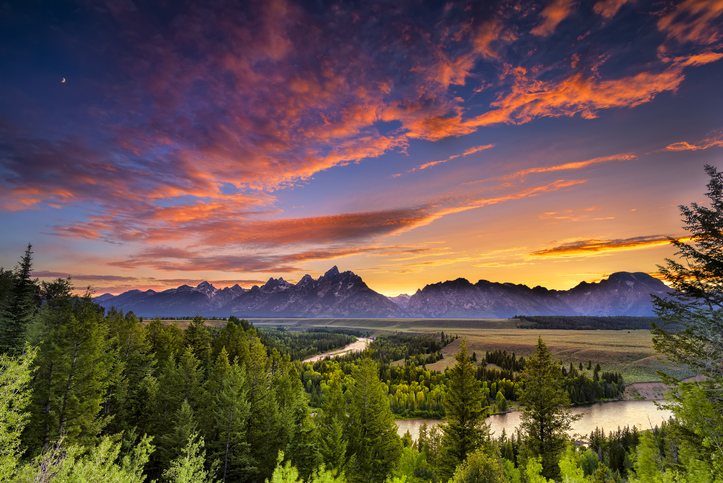 TEMPERS FLARED AGAINST ROCKEFELLER’S SECRECY, AND MANY SUSPECTED THAT THE MAGNATE MIGHT USE THE LAND FOR HIS OWN PRIVATE ENDS.

In the winter of 1927, residents in the cattle town of Jackson, Wyoming, began to learn of a mysterious business concern, the Snake River Land Company, which was rapidly buying up property around their picturesque valley in the shadows of the dramatic Teton Mountains. Rumors soon began to spread that a plot was afoot to elbow ranchers out of the area and close off key cattle drives. In 1930, it was revealed that the company was actually a front for America’s richest man—oil magnate John D. Rockefeller, Jr.

Rockefeller had visited the area three years earlier and had been stunned by its alpine beauty. A visionary philanthropist, he decided to purchase the whole valley floor from private owners and donate it to the United States Government as an extension of Grand Teton National Park, which was then only a tiny enclave covering the remotest mountain zones. But tempers flared against Rockefeller’s secrecy, and many suspected that the magnate might use the land for his own private ends.

In the tense social setting of the Great Depression, wild stories circulated around Jackson of poor cattle ranchers coerced, of mortgages foreclosed early, even of barns being torched by Snake River Land Company thugs. Wyoming politicians brought the sensational rumors to national attention and in 1933, a Senate Sub-committee on Public Lands and Surveys arrived from Washington DC to investigate. A small army of reporters followed, eager for a sordid scandal. But after four days of hearings, it was clear that the worst allegations against Rockefeller were untrue. Even so, the bad feelings generated by the controversy meant that the park extension was delayed until after World War II, when a tide of automobile tourists arriving in Wyoming demonstrated just how profitable the national park could really be.

Soon, Rockefeller deeded 33,562 acres to the government—everything except the JY Ranch, a piece of prime lakeside real estate that he kept as a holiday home for his family. In 1950, the expanded Grand Teton National Park was created. Today, we can be grateful for the deal. The Rockefeller land has protected the splendid sagebrush flats around the Snake River, which are an essential element of the Tetons’ incredible beauty.