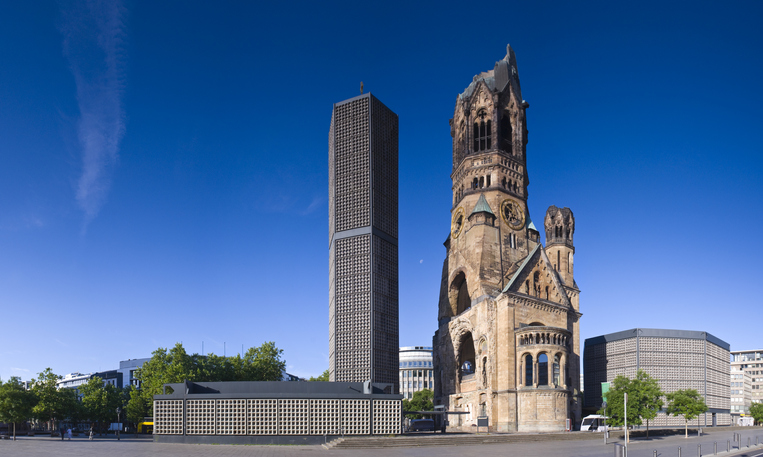 During World War II, Americans soldiers in occupied Germany got a booklet called the “Pocket Guide to Germany” that explained the ins and outs of occupation. In 1944, it read: “Don’t forget that you’re ordered into Germany now partly because your fathers forgot so soon what the war was about last time.”

The Kaiser Wilhelm Memorial Church in Berlin’s Charlottenburg district is the eternal reminder. It was an unremarkable late-19th century church until the Allies bombed it in 1943. After the war, Berliners protested plans to demolish it.

Today, the ruins are a symbol of what Germany lost by letting itself be seduced by Nazism. They could have roped it off and slapped a plaque on it. Instead, they left it open, free to the city. You can walk through it, under it, look up at the shattered bell tower. True to the unsinkable attitude of Berliners, the memorial church isn’t shunned as a symbol of shame or avoided like any other lecture delivered with a shaking finger from the past.

The ruins are a part of Breitscheidplatz, the heart of what was West Berlin. Millions pass it on their way to the elegant Kurfürstendamm, the Zoologischer Garden, or the historic KaDeWe department store on Wittenbergplatz. For years, hundreds of thousands of people swarm the area for the annual Love Parade, Germany’s biggest techno party. The Kaiser Wilhelm Church has been integrated into the life of Berlin, a living memorial instead of a dead one.