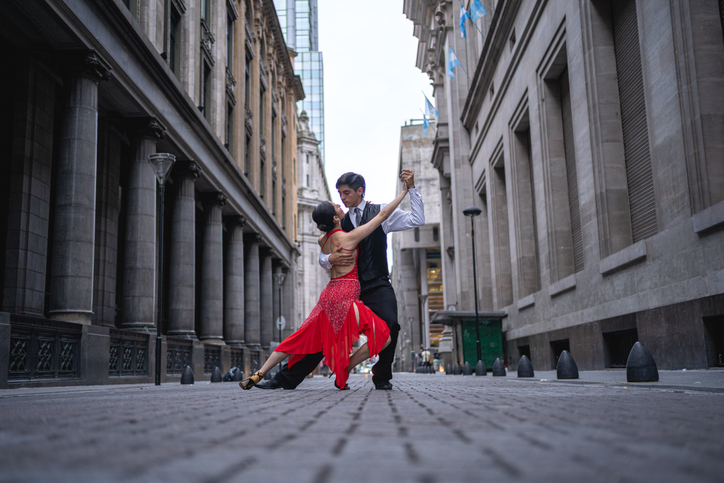 You don’t have to be in Buenos Aires long before you hear the haunting strains of the Tango wafting from an open window, or see the notorious dance itself, whose thrusting hip movements and intertwined limbs once shocked polite society in Europe. It may now be Argentina’s beloved national music, but the Tango had a scurrilous birth in the 1890s, in the impoverished bars and brothels of La Boca—a disreputable underworld populated by lonely Italian immigrants, which explains the deep melancholy of most Tango lyrics. “Get yourself a drink,” one typical Tango goes, “For today I must forget/That I’m without a friend/And far from home.” Other jolly themes include betrayal, jealousy, despair and homesickness.

The erotically charged dance steps first infiltrated France and Britain in the early 1900s, but the Tango really took off in 1917, when an unknown 20-year-old singer from the Buenos Aires slum of Abasto recorded the song Mi Noche Triste (My Sad Night). The handsome baritone, Carlos Gardel, caused the sort of shock Elvis would later create in the 1950s. Dashing and romantic (he had once been shot in a barroom brawl with Che Guevara’s father), Gardel became an overnight sensation around Latin America, soon touring to play before adoring crowds from Santiago to Mexico City, and even the clubs of New York and Paris.

From 1929, he made a series of Spanish-language movies that are now considered classics, including El Dia que Me Quieras. Then, in 1935, at the pinnacle of his fame, the plane carrying Gardel and some fellow musicians crashed in Colombia. Gardel was killed, ensuring his immortality. Recently, the Abasto house where he grew up has been turned into a museum, and digital remastering of old recordings have almost brought him back to life. As Argentines joke, “Gardel sings better every day.”