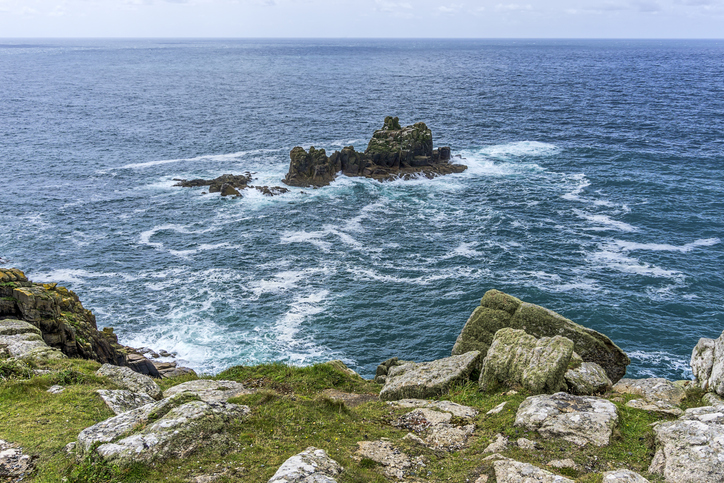 It’s easy to imagine stepping off the end of the earth and into the mists of Arthurian legend at Land’s End, the most westerly tip of the English mainland. The phrase, “Land’s End to John o’Groats” is frequently heard as both a literal journey (it’s 874 miles from Land’s End to the Scottish village of John O’Groats) and as a metaphor for great distances, in cultures around the world. While some travelers want to experience the expression, literally, hiking “end to end,” many more visit Land’s End for the view and lore surrounding this unique destination.

The Isles of Scilly, visible on a clear day for 28 miles from the cliffs of Land’s End, are said to be the legendary sunken island of Lyonesse. Evidence suggests that during Roman times, the Isles of Scilly were one large island rather than the six smaller ones they are today, and legend holds that the isle stretched all the way to Land’s End. Lyonesse was the birthplace of Tristan, a Knight of the Round Table and half of the tragically romantic couple Tristan and Isolde. Some believe Lyonesse is Avalon, the island that will rise from the depths upon Arthur’s return. From that bluff above the sea at the end of the world, it’s possible to believe almost anything.