ROME: BIRTH OF THE VATICAN MUSEUMS 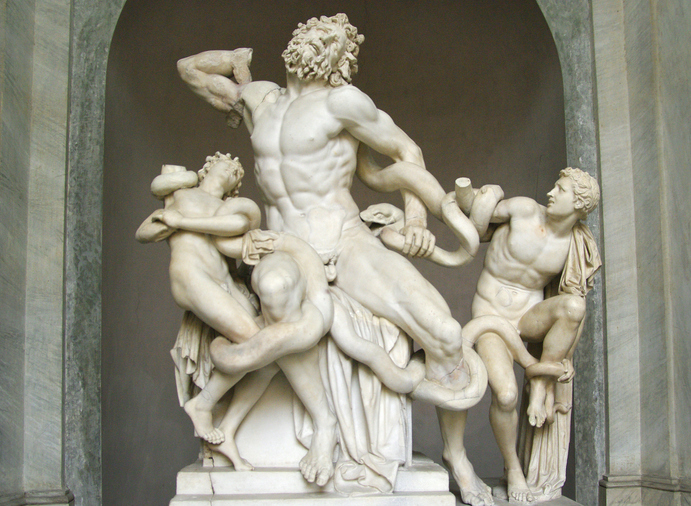 FROM RUINS TO RENAISSANCE RICHES.

In the early 1500s, Rome was littered with ruins from the days of the ancient Empire, including great artworks buried amongst the rubble. The Renaissance had seen a sudden growth of interest in all things classical, and the popes were the richest and most cultivated art collectors in Italy. They began offering cash rewards for sculptures, until Rome was scoured by freelance treasure hunters on the prowl for pagan masterpieces.

The most dramatic discovery occurred in 1506, when a father-and-son team of excavators reported a find near the ruined Baths of Titus. Michelangelo himself excitedly hurried over to help with the work, followed by the pope’s official agent, Guiliano da Sangallo. When the excavators brushed away the dirt of 1,000 years, they found an enormous marble sculpture, perfectly intact, of a muscular Trojan hero being attacked by giant snakes. Guilano cried out in amazement, “This is the very Laocoön described by (the ancient Roman author) Pliny!” The spectacular image was carted off to the Vatican, and the lucky discoverers were awarded a lifetime pension of 600 ducats a year – the equivalent of approximately $75,000 a year now.

Today, the Laocoön can still be seen in Octagonal Court of the Vatican Museums, where it graced the new art collection of Pope Julius II (the man who also commissioned the Sistine Chapel). The displays were greatly expanded by the next Pope, the young, art-loving Leo X, who appointed the painter Raphael as superintendent. These early 1500s would be remembered as a golden age of discovery in Rome, with hundreds of pagan sculptures saw the light. Julius and Leo were also responsible for another revolutionary move, for which we can all be grateful – they were the first to open their private art collections in the Vatican and nearby Campidoglio to public visitors, thus creating the first “museums,” designed to encourage the appreciation of beauty and culture.