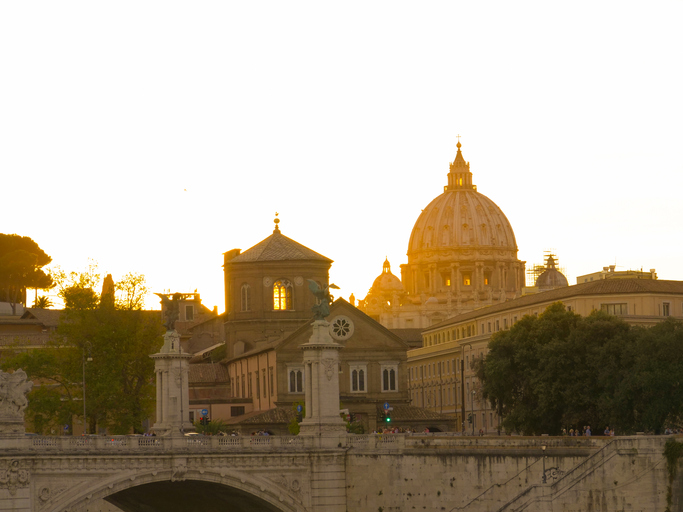 CLASH OF THE TITANS

In the film The Agony and the Ecstasy (1965), Michelangelo locks heads with his patron, Pope Julius II, over painting the ceiling of Sistine Chapel. Their battle of wills is not exaggerated.

On the surface, the pair could not have been more different. Michelangelo was only 33 years old when he began. He wore old clothes until they were rags, rarely washed, and lived in rustic simplicity. The 60-year-old Pope Julius II, on the other hand, was a brilliant soldier who rode at the head of his successful army all over Italy, the father of three illegitimate daughters, and would never allow his foot to be kissed, because it had been disfigured in his youth by syphilis. But both men shared uncontrollable tempers—as well as a deep passion for art.

Michelangelo tried to refuse the huge task of the chapel’s ceiling, but he eventually took the job because he needed the money. He soon scrapped Julius’ plan to depict only the Twelve Apostles, choosing instead a sprawling pageant of Judgment Day that reflected his own belief in the corruption and weakness of mankind. Michelangelo loathed Julius’ impatience to have the painting finished, his penny-pinching on art materials, and his late payments.

The Pope was exasperated by the artist’s slow pace and many changes of plan. When he came to inspect the work after several years, Michelangelo winched the old Pope up to the rickety scaffold. “When will it be finished?” asked Julius. “When I have done what I think necessary to satisfy art,” Michelangelo replied. The Pope bellowed in fury, “Do you want me to throw you from this scaffold?”

Michelangelo finished five years after he started, just before his 38th birthday. He was prematurely aged by the grueling project, his eyes so accustomed to the dark chapel that he could no longer bear sunlight, and he could only read by holding books above his head. Still, Michelangelo had 50 years more of life in him. Julius died shortly after the project’s completion, remembered more for that ceiling than all his brilliant Italian wars.