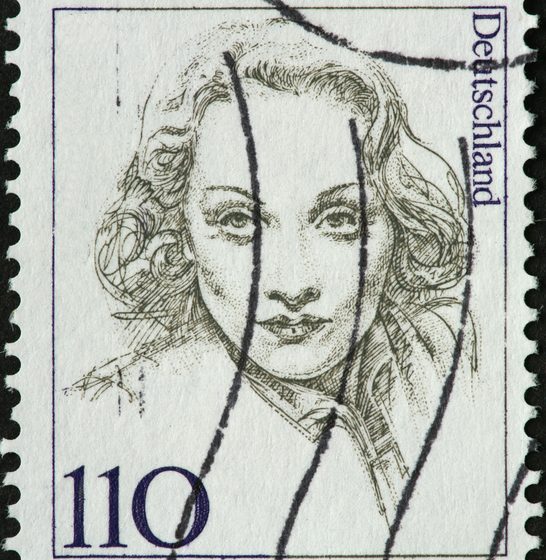 “The Dietrich,” as Germans sometimes call her, wasn’t always the beloved figure she is now. Born in Berlin in 1901 and buried there in 1992, Marlene headed for Hollywood after her breakthrough film, Der blaue Engel (“The Blue Angel,” 1930), in which she played a saucy chorus girl. She took U.S. citizenship in 1937. She was vehemently anti-Nazi and wasn’t afraid to say it. She even entertained American troops in World War II and co-starred in Judgment at Nuremberg (1961), one of the first mainstream American films to show original footage of Nazi atrocities. For decades, the war generation of Germans and right wing “patriots” called Dietrich a Vaterlandsverräterin (a traitor).

She’s beloved now. Like the Brothers Grimm and Frank Zappa, Marlene Dietrich has a street corner in Berlin named after her. The Marlene-Dietrich-Platz on the old Potsdammerstrasse is full of theaters, restaurants, and shops.

After her death, Berlin apologized for neglecting their native daughter and granted her an honorary citizenship. Her grave, near her mother’s (in Friedhof III on Stubenrauchstrasse in Berlin’s Friedenau district), is a simple black stone. The epitaph: Hier steh ich an den Marken meiner Tage (“Here I stand at the end of my days”) is from the sonnet “Abschied vom Leben” by 19th-century writer Theodor Körner.