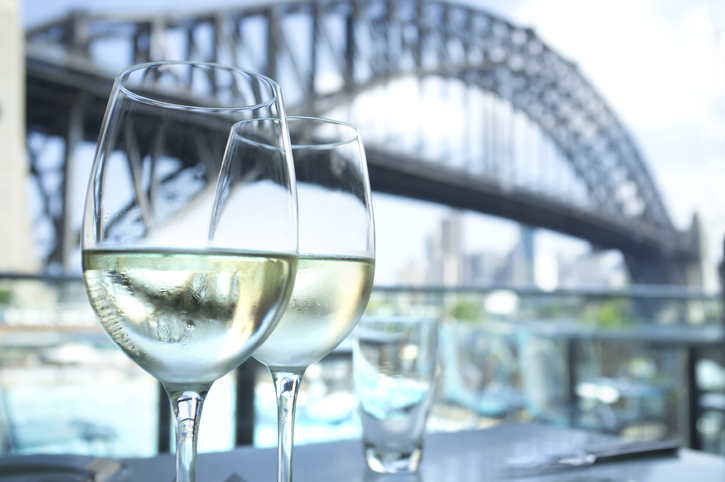 At a time when Australia’s wines are world famous and fine vintages are readily available in every pub and café from Wagga to Oodnadatta, it’s hard to believe that it was not until the 1970s that Aussies really began to appreciate the virtues of the grape. Thanks to the post-war waves of immigrants from Italy and Greece, Aussies shifted away from their traditional passion for beer, port, and rum and began what experts have dubbed the Great Wine Revolution. By 1985, wine consumption had tripled. But even many Australians don’t realize that the local wine industry is actually as old as white settlement itself.

The first vines were brought from Brazil and South Africa on board the very first convict fleet in 1788—and planted in the British Governor’s private garden. Twelve years later, a pair of French prisoners-of-war from Napoleon’s armies were purposely sent to Sydney to provide a little Gallic know-how. Although these two clumsy Frenchmen produced wines of “very indifferent quality,” by the 1820s, Aussie farmers were gamely sending their best wines back to European wine competitions, with mixed success. (The persistence with which wine growing was pursued in the colony is hardly surprising, given the importance first settlers placed on alcohol as a panacea for loneliness and isolation; although rum was preferred, and even became the effective currency for many years, any drink was accepted.)

Some of the great names of Aussie winemaking—Thomas Hardy and Dr. Henry John Lindemann—got their start in the mid-19th century in the Hunter Valley north of Sydney and in Barossa Valley north of Adelaide, but production was hampered by a small local market and the dreaded phylloxera disease, which wiped out many vineyards in the 1870s.

Today, there is no looking back, with some 1,500 wineries now scattered across every Australian state. Travelers will find wineries in some improbably remote regions, including the Margaret River in southwestern Australia, the Yarra Valley near Melbourne, and Tamar Valley of Tasmania, each offering a broad range of tastings to visitors, and many complete with their own elegant restaurants.