A DAY AT THE COLOSSEUM 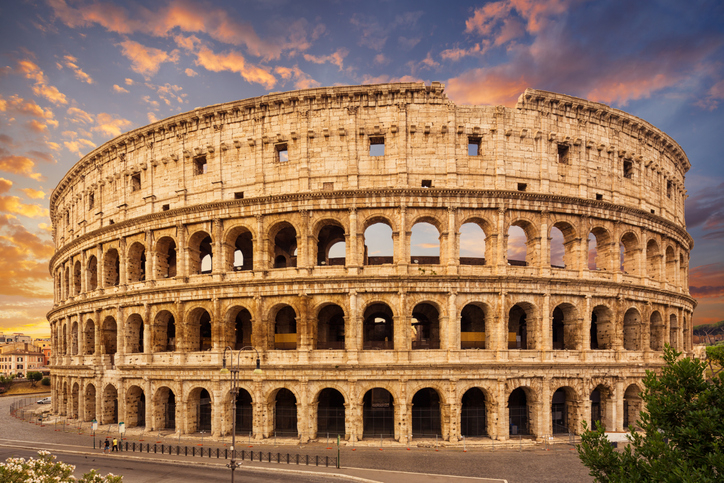 You can’t miss a close look at Rome’s single most impressive monument: the awe-inspiring Colosseum. The bloodthirsty gladiatorial combats and slaughter of animals ceased there around 500 AD, but architects still marvel at its construction.

As you slowly circumnavigate its façade, it’s easy to understand why. Notice the pitted holes punctuating its smooth curve—they were once filled with thousands of iron clamps to hold the stones together, but were stolen by Roman peasants in the Middle Ages. (It turned out that it didn’t matter; the blocks of travertine marble held together anyway, thanks to the brilliant mortarless construction).

On the inside, the original marble seats were also stolen—to make the steps of St. Peter’s in the Vatican. If you climb the steps to the top level, you can see the sockets for the 240 masts that held up a great awning in summer, protecting 50,000 spectators from the sun. The ancients said that Rome will stand as long as the Colosseum stands, and the world will stand so long as Rome stands. So far, we are doing fine.