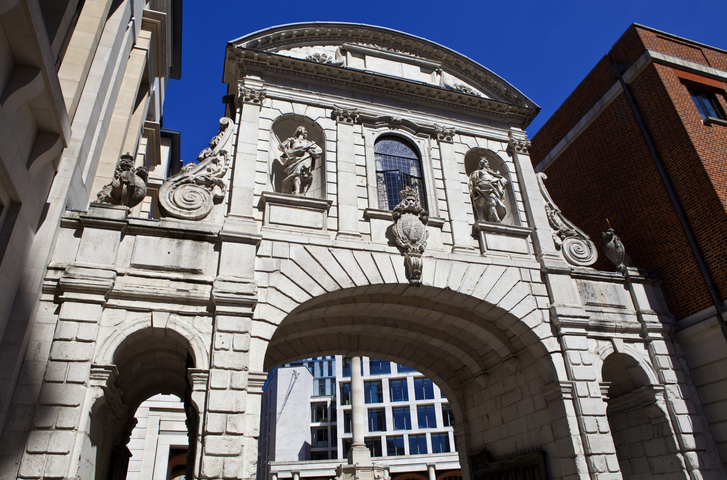 WHERE KINGS AND QUEENS HAVE HAD NO JURISDICTION

“Temple Bar” derives from the Temple Church built in the 12th century by the Knights Templar—the order of knights who fought the crusades and eventually compiled riches through adroit business and finance operations.

From the 13th century, Temple Bar’s square mile in the City of London has been an autonomous area Where Kings And Queens Have Had No Jurisdiction. Whenever a monarch visited London for years, he or she had to stop at Temple Bar to ask permission to enter. Upon each visit, the Lord Mayor of London would hand over the sword of state as a token of loyalty. Today, the site is marked by a griffin near Fleet Street, but the ceremonial arch designed and built by Christopher Wren in 1672, after the Great Fire, stood on the site until 1878, when it was carefully dismantled stone by stone. It now graces Paternoster Square outside St. Paul’s Cathedral.