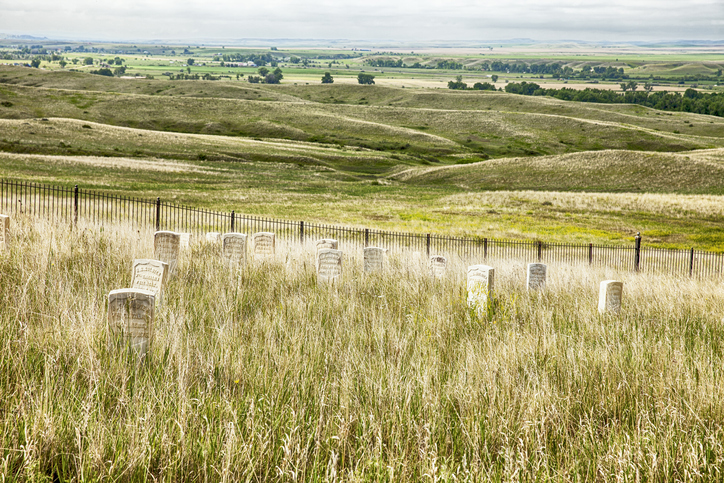 THE NEW MEMORIAL BRINGS MODERN DESCENDENTS OF THE INDIAN WARRIORS BACK TO A PLACE THEY HAD LONG AVOIDED.

You might think that not much changes on a 19th-century battlefield. But at Little Bighorn in Montana, the scene of the most famous fight in the West, the landscape is always in flux. It was on this lonely expanse that Lt. General George Armstrong Custer and 262 men of the United States 7th Cavalry were wiped out by a combined force of Lakota Sioux and Cheyenne on June 25, 1876. For generations, the physical focus for visitors to the site has been the poignant monument at Last Stand Hill. All around, gravestones of Custer’s men lie in the grass; they were buried where they fell by United States soldiers three days after the battle, illustrating just how Custer’s defense disintegrated before the Indian onslaught.

But today, visitors can also find a new Indian Memorial. Unveiled in 2003, it is a circular earth and stonework balustrade, with a weeping wall, interpretive panels, and an elegant sculpture of Spirit Warriors. Its creation is a sign of a growing interest in the Native American perspective on the Battle of Little Bighorn, which was forced upon them after Congress broke its treaty with the Lakota. Importantly, many also credit the new memorial with bringing modern descendents of the Indian warriors back to a place they had long avoided. As Kenneth Medicine Bow, a member of the Northern Cheyenne Nation, put it: “Before, this place felt like it was a tribute to Custer. Nothing even mentioned the Cheyenne and Sioux. Now we feel more comfortable here.”