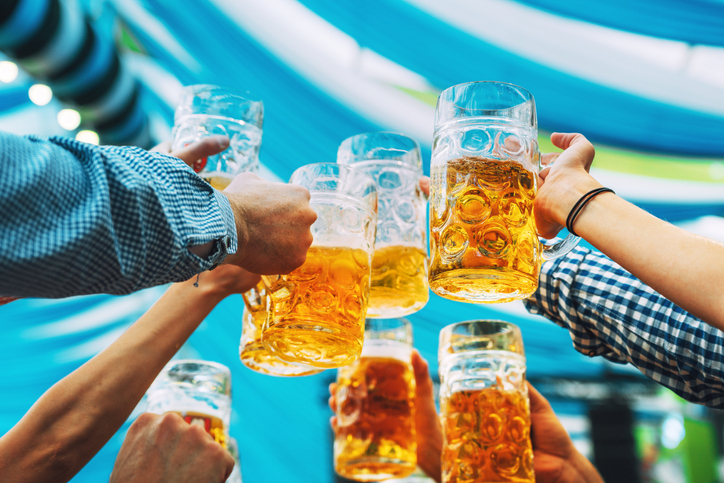 Oktoberfest in Munich is the mother of all drinking festivals. It might just also be the origin of a slew of clichés about Germans and their culture.

Take Lederhosen. It just wouldn’t be Oktoberfest without men in short leather overalls celebrating under the massive blue and white Oktoberfest tents. Lederhosen are a traditional costume tied to the German-speaking Alpine regions since the Middle Ages. Outside of Bavaria, the occasional Lederhosen-wearing gentleman may appear in public, but it’s rare and the man is probably over 60.

Oom-pah music played by a band of tubas and trumpets while beer drinkers link arms and sway to the oom-pah beat is another must-have at Oktoberfest. Does that mean Germans from Berlin to the Black Forest break out the tuba at the first opportunity? Hardly. Schlager is the music of choice when Germans gather to celebrate. These syrupy pop hits from the 1950s to today are branded into the minds of most Germans who sing along once the beer is flowing.

Speaking of beer, the beer stein is a favorite souvenir from Germany. The stein with its hinged lid was a 15th-century Bavarian attempt to keep the flies away during plague times. But today, if Germans aren’t drinking their beer out of the bottle, they drink it out of a glass, so finding a classic stein outside of a souvenir shop or selected areas of Bavaria is hard.