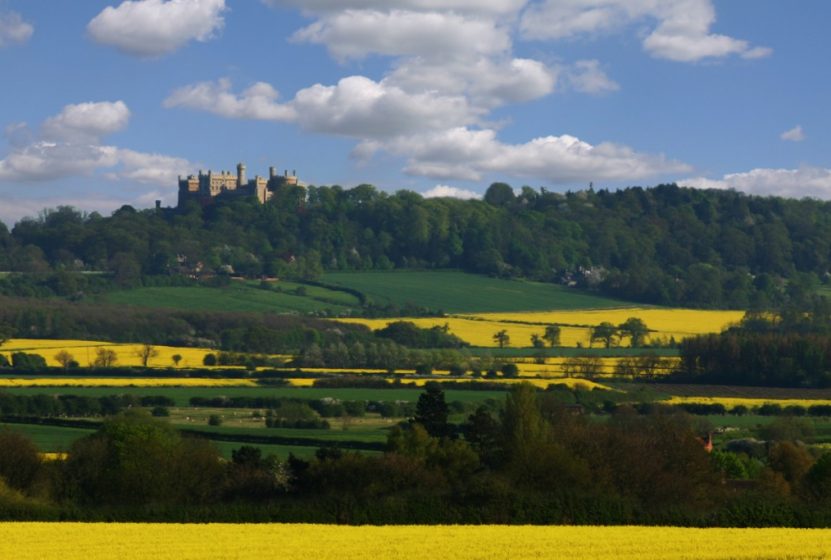 Belvoir Castle has a strong history in the United Kingdom and dates back to Norman times (1066-1247). After his victory at the Battle of Hastings, William the Conqueror gave a grant of land in Leicestershire to his standard bearer, Robert de Todeni. In 1085, Todeni used the grant to build a castle atop a hill and called it Belvoir (beautiful view). The English, who couldn’t latch onto the building’s French pronunciation, called it Beaver Castle—and still do so to this day, a truth that would surely horrify Todeni.

Another fact that might surprise Todeni is the 15 minutes of fame that Belvoir Castle has experienced in Hollywood. Helicopters buzzing around the castle in 2005 probably had locals wondering what was happening on this historic hill, but staff were sworn to secrecy until May 17, 2006—the day The Da Vinci Code movie was released worldwide. The movie shoot at this infamous castle involved a week of exterior filming and a lot of hustle and bustle, all for a brief shot of the landmark in the movie. Producers chose Belvoir Castle because it fit the description of Castel Gandolfo in the best-selling book.

A modern star even before this blockbuster movie, Belvoir Castle has also been featured in popular TV programs and other films including Little Lord Fauntleroy and The Haunting, as well as a Jim Henson production of Jack & the Beanstalk. Soon, the castle will be seen in another secret film project or two. Today, the Duke of Rutland resides in the famous castle (his royal ancestors have inhabited the castle since 1509) with his wife and five children, and feels he’s a trustee to pass the estate on to succeeding generations.