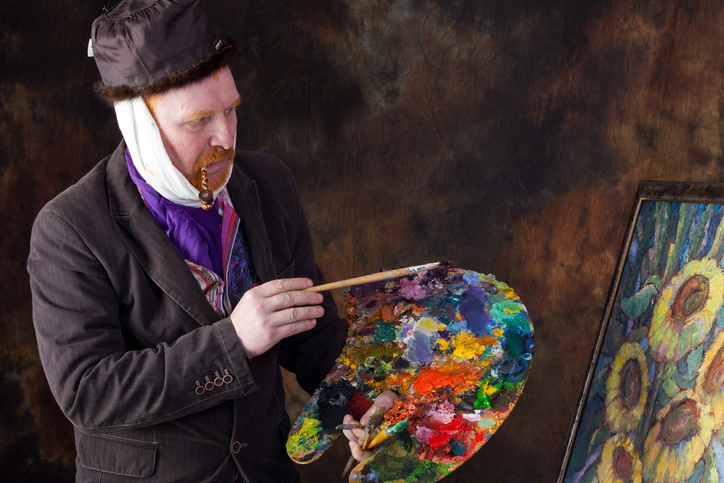 Few towns celebrate a single artist as thoroughly as Arles does Vincent van Gogh. Copies of his paintings are set up at the very sites where van Gogh painted them, so we can admire the same picturesque street views that once inspired the Dutch-born visionary. Cultural centers are named after van Gogh, a replica of his home, the “Yellow House,” has been created (the original in Place Lamartine was bombed in WWII), and Café la Nuit on the Place du Forum has recreated the lemon-accented color scheme he used to evoke gaslight in Café Terrace at Night.

All of this devotion belies the embarrassing fact that, although van Gogh painted around 200 canvases in Arles, not one of them is owned by the town. Worse, his actual experience in Arles was famously miserable. In 1888, at the age of 35, the troubled artist was lured by the brilliant colors of Provence, but money was a constant problem. He only sold a single painting in his life, and in Arles, his work was held in such low esteem that, when he gave a local doctor a portrait in thanks for his services, the doctor used it to cover a hole in his chicken coop.

Van Gogh was also desperately lonely. He hoped the town would become an artist’s colony, but only Paul Gauguin came to stay with him. The pair argued constantly and Gauguin fled when van Gogh, racked by mental illness, famously lopped off of his earlobe with a razor and gave it, wrapped in newspaper, to a local prostitute for safe keeping. The citizens of Arles had no patience for van Gogh’s drunken, crazed antics. They called him the fou roux (red-headed madman), and insisted that the authorities lock him up in a mental asylum outside of town. Prolific though he was, the painter’s mental and financial problems never eased. Upon his release, van Gogh moved to Auvers-sur-Oise near Paris and soon shot himself, never imagining how beloved his work would become. His suicide note read, “The sadness will last forever.”