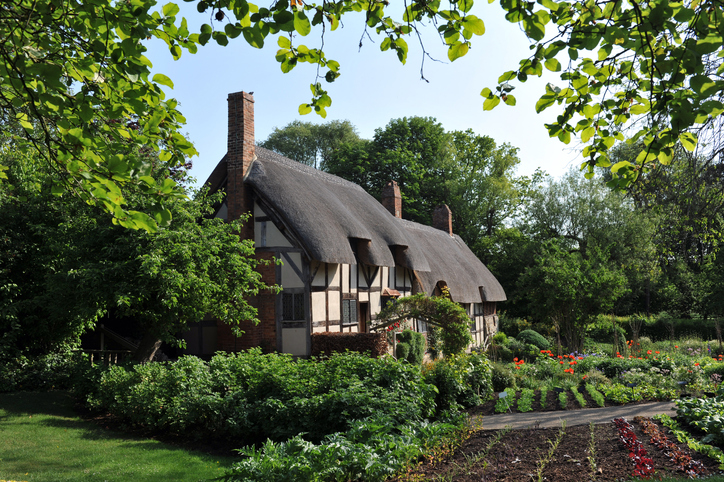 Little is known about Shakespeare’s wife and mother of three, Anne Hathaway, but she is nonetheless intriguing to tourists and locals alike. While we would all, no doubt, like to see the muse that once captured Shakespeare’s heart, no images of Anne Hathaway exist because, during her lifetime, only men (and aristocratic women) had their portraits canvassed.

Anne was 26 and William was 18 when they married. She was old for a woman of that time because 26 was considered near the end of childbearing age. She kept her name after marriage, not unusual for the times, as it was the custom in the 16th century for women to take their husband’s religion but not his name. She lived in Shottery, a small hamlet a short walk from Stratford-upon-Avon, and she remained in Stratford when Shakespeare went to London and became a successful playwright in 1592.

William retired in Stratford in 1613, and died three years later. In his will, he left Anne only his “second best bed with the furniture;” by law she would have been entitled to a third of his estate. Devoted to the end, Anne asked to be buried with William. When she died in 1623, she was. Anne rests in the chancel next to William in Stratford’s Holy Trinity Church.