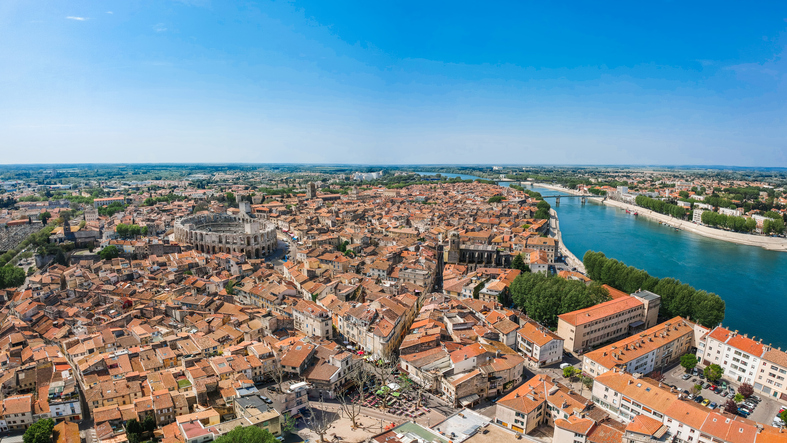 Thanks to British author Peter Mayle—whose popular memoirs about the expatriate life in Provence were turned into a 2006 film, A Good Year, starring Russell Crowe—this sun-dappled pocket of southern France has become the ultimate choice for Europeans to retire and renovate old farmhouses. Few realize they are echoing a habit laid down 2,000 years ago.

The ancient Romans conquered the whole of Europe, and they, too, had a soft spot for Provence, which was their first acquisition outside of Italy. (The very name Provence comes from the Latin provincia). No sooner had it been taken in 121 BC than its delightful ports and pretty rural villages began to attract wealthy Roman citizens looking for fresh air and sunshine. Today, the landscape of Provence is rich with relics from that ancient golden age, especially in the city of Arles. Around 50 BC, Arles had the good judgment to support Julius Caesar in Rome’s civil wars, and was showered with rewards when he won. As a result, Arles was transformed into the hub of the Western Empire, and a miniature version of Rome itself.

Modern visitors can still stroll from the Arena (a scaled-down Colosseum, where today bullfights have taken the place of gladiators) to the Place du Forum (the site of an ancient market and meeting place), inspect the Crypto-porticus (the granaries), and see the Baths of Constantine (where citizens would while away whole days swimming, exercising, and flirting). The new Museum of Ancient Arles puts it all in context. Built next to the Roman Circus on the edge of the city, where chariot races were once held, the museum contains a wonderful set of scale models and dioramas recreating Arles in its Roman heyday. You can almost hear the Arena packed with 20,000 citizens howling for blood, the Forum filled with food vendors, and the riverfront promenade lined with wealthy tourists from Italy, lounging on marble benches and enjoying the sun—not so different from today, after all.

Explore France on a Globus Tour