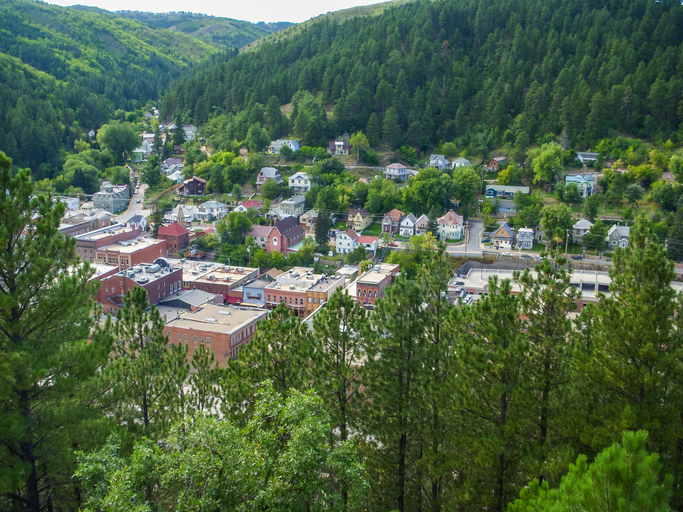 THE OLD WEST, WHERE CIVILIZATION WAS BORN FROM CHAOS.

Thanks to HBO, no Western town is as well-known today as Deadwood in the Black Hills of South Dakota. The series has brought a flood of history-lovers to the real town of Deadwood, an outpost that still has a wild edge since every saloon and bar has been turned into a lively casino. In the summer, motorbike enthusiasts cruise the streets like modern-day cowboys. But was the original Deadwood quite as raunchy and violent at the show depicts? As with so many dramatic recreations of the Old West, the answer is yes—and no.

The basis of the series is absolutely true. In 1874, gold was discovered on the Lakota Indian Reserve, supposedly off limits by a treaty with the U.S. Congress, and white miners immediately made their way illegally into the area to found the rough-hewn town of Deadwood in its heart. The first sheriff of Deadwood was, indeed, named Seth Bullock, as in the series, and there was a Gem Saloon run by Al Swearingen, of whom little is known. But perhaps the most famous real-life character was gunslinger Wild Bill Hickok, who arrived in 1876 to try his luck in Deadwood with the notorious Calamity Jane. Not long afterward, a cowardly poker player named Jack McCall walked up behind him in the so-called Number Ten Saloon and shot him in the head. Hickok usually sat with his back to the wall, but for reasons unknown changed his practice that day. His poker hand of aces and eights is still known as “the dead man’s hand.” (Today, the event is recreated in Deadwood throughout the summer for enthusiastic tourists inside a saloon that has been rebuilt on the site; the original burned down).

While most other plot lines of the HBO series are fictional, the writer, David Milch, was trying to depict a broader historical truth about the Old West, where civilization was born from chaos.