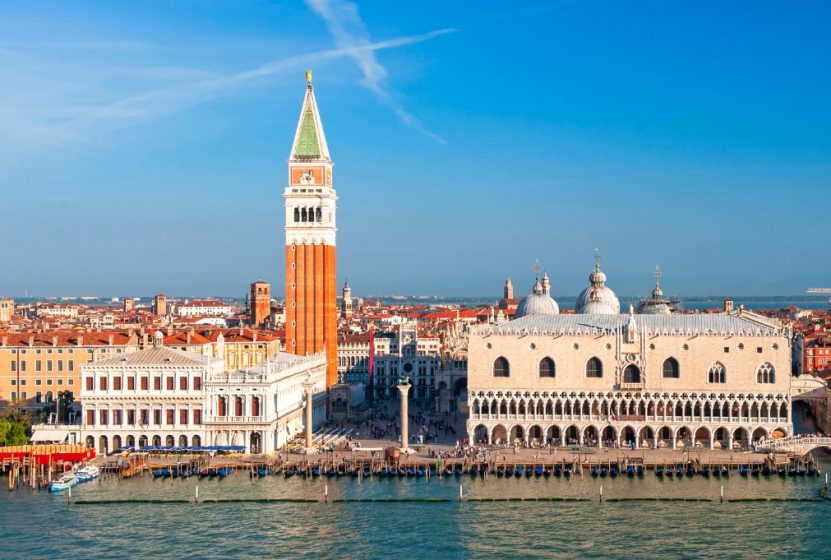 A LOVE THAT COULDN’T BE CONTAINED.

The only prisoner to ever escape from the famous Doge’s Palace in Venice was also the city’s most famous lover – Giacamo Casanova. The fashionable young man-about-town was arrested by the Venetian secret police in 1755 for making blasphemous jokes and thrown into its attic cells. The spurious charge was evidently trumped up by one of the elderly Venetian magistrates, who were enraged that Casanova was courting his mistress.

Although we remember Casanova for his Herculean love life, he was one of the most extraordinary and brilliant characters of the 18th century, and he immediately began to plot an escape. The first attempt, however, was an abject failure. He had found a metal bar in the courtyard during one of his brief exercise walks, smuggled it back to his cell and began to dig a tunnel under the floorboards. But after several months of painstaking work, the guards thought they would do Casanova a favor by transferring him to another cell that had a little more light and breeze. The nearly-completed tunnel was discovered, and Casanova was placed under closer watch.

His second plan was even more daring. Casanova somehow managed to keep the same metal bar and smuggle it to a disgraced monk in the cell next door, hidden inside a book. The monk, Martin Balbi, was under looser observation: One night he pried a hole in his ceiling, climbed up and helped Casanova out from his cell. Under cover of darkness, the pair forced their way through the lead tiles onto the roof. The fugitives then snuck downstairs and out the front gate, which was actually opened for them by guards outside thinking they were citizens accidentally caught inside the prison after visiting hours.

The incredible story was recounted by Casanova many years later in a book called History of My Escape, which became a bestseller in Europe and made him a celebrity in royal courts from Madrid to Moscow. While some at the time believed that the tale was a fabrication and that Casanova had simply bribed his guard, records discovered by 20th century historians in the Venetian archives do report the incident, although without details; a prison official at the time described the escape as simply “prodigious.” After his 14 months of captivity in the Doge’s Palace, the young romantic fled Venice for the safety of France, where he resumed his career of romantic conquest.