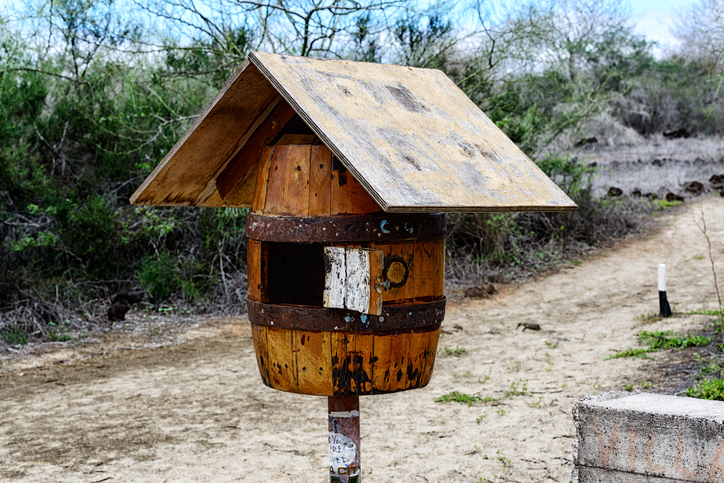 WHILE “EXPRESS” MAY NOT BE THE MOST FITTING WORD, POST OFFICE BAY HAS HAD ITS OWN SPECIAL MAIL SYSTEM.

While “express” may not be the most fitting word, Post Office Bay on the volcanic island of Floreana (also known as Isla Santa Maria) has had its own special mail system since 1793. In the 18th century, whalers and Galápagos residents used to leave their mail inside the wooden barrel, waiting for a captain of any boat headed to where the mail was addressed to deliver it.

In the vast and remote Pacific Ocean, this was the only official way to communicate with relatives, friends, and governments. As a result, Post Office Bay soon became a mandatory stop to all sailors in Galápagos waters. This was indeed a useful service, free of cost, and gave everyone a chance to communicate while in Pacific waters. As far as historians know, Post Office Bay is the earliest mailing system still existing in the East Tropical Pacific.

This tradition has continued over the years and today, visitors drop off letters—no stamp needed—to be picked up and delivered by travelers heading that way. It may take weeks, months, years, or never until it gets delivered, so do not intend to send important matters. Once you’re lucky enough to stumble upon this grand site, be sure to bring that letter to home and see if it actually ends up where you had hoped.