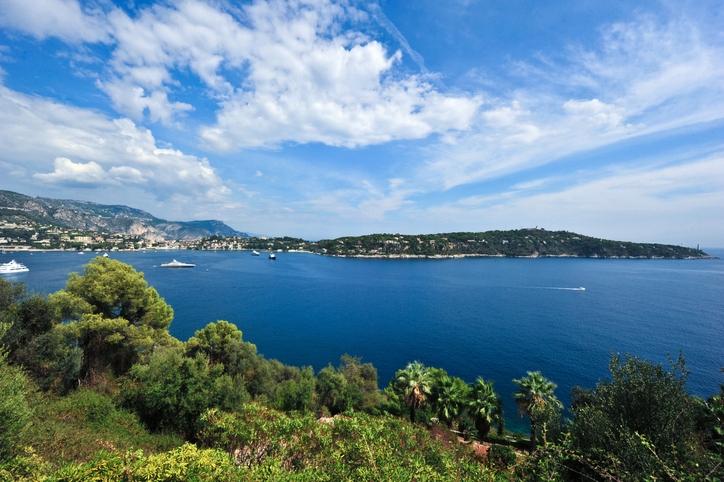 If you have a spare afternoon in Nice, take a taxi ride to the promontory of Cap Ferrat, France’s most exclusive playground for the rich and famous. Its perfect beaches and steep hillsides are encrusted with fabulous dream villas built throughout the last century. Most of these are private, but the two most historic properties are open to the public and offer a glimpse into the storybook lives of millionaires past.

The first, a pink confection named the Île-de-France, was completed in 1912 as the creation of American heiress and socialite Beatrice Ephrussi de Rothschild. Commanding a staggering banking fortune, strong-willed Beatrice hired and fired four architects in the pursuit of her personal vision for the ultimate Riviera escape, a fanciful palace in a delicate Italianate style filled with Renaissance and 18th-century French art. She named her new abode after the grand ocean liner that first brought her to France, and had it surrounded by gardens that were landscaped in the shape of a ship’s prow. At her regular high society soirees, the staff dressed in sailor whites to enhance the illusion. Today, strolling through the house (now officially called the Musée Ephrussi de Rothschild) is a delight, since the playful style of its décor reflects Beatrice’s whimsical personality, right down to one parlor entirely decorated with a monkey motif.

As a monument to artistic eccentricity, however, the Île-de-France mansion may be outdone by the nearby Villa Kerylos, built by a wealthy French archeologist Theodore Reinach as a precise copy of an ancient Greek villa he had excavated in the Aegean. Completed in 1908, the structure is a marvelous living museum, with no expense spared on its authentic mosaic floors, marble columns, replica Greek furniture, and frescos. There is even a functional ancient kitchen, an imposing statue of Socrates, and a sundial as the only timepiece—each flourish made more wonderful by the jaw-dropping vistas from every window.