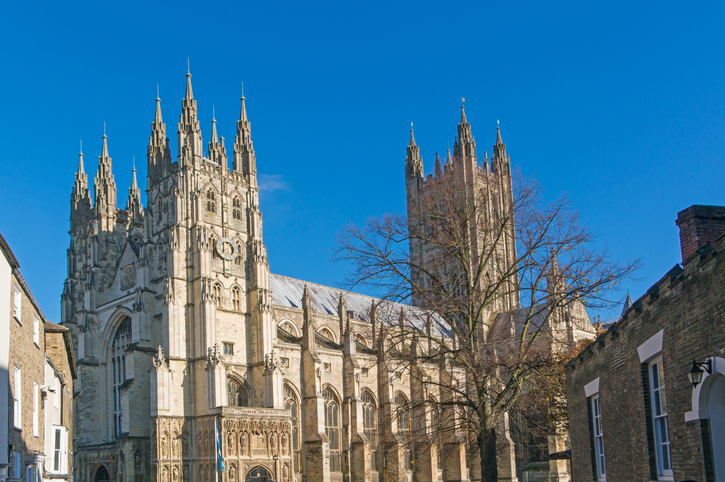 Prince Edward, who would have become King Edward IV had he outlived his father, wanted to be buried in the crypt at Canterbury Cathedral, but he was so beloved for his prowess in battle that he was placed near the high altar to be closer to Thomas à Becket, the figure known for the Canterbury Pilgrimage that inspired the world-famous Canterbury Tales. Respect for Prince Edward endured as his shrine was protected from damage even when the cathedral was closed and Becket’s shrine destroyed on the orders of King Henry VIII. During the civil war in the 1640s, Puritan zealots ransacked the cathedral, but again, Edward’s shrine and possessions remained relatively untouched (Oliver Cromwell managed to take Edward’s sword for his own use).

In history, Prince Edward will be remembered as the Black Prince, although the origins of this nickname are disputed, given the fact that the nickname originated after Edward’s death. Many historians believe the “Black Prince” refers to the black armor Edward’s father dressed him in as he descended into battle at age 16 (the armor was meant to make him look more fearsome). The French refer to Prince Edward as Le Noir, thanks to his conquests against them and cruelty in battle—another possible source of the nickname.

Regardless, the Black Prince’s popularity in life has followed him in death. His image has been portrayed in countless books and movies, including the 2001 film A Knight’s Tale and in Conan Doyle’s historical novels The White Company and Sir Nigel. In 2007, Edward is even portrayed in a video game—Bladestorm: The Hundred Years’ War, developed for PlayStation 3.