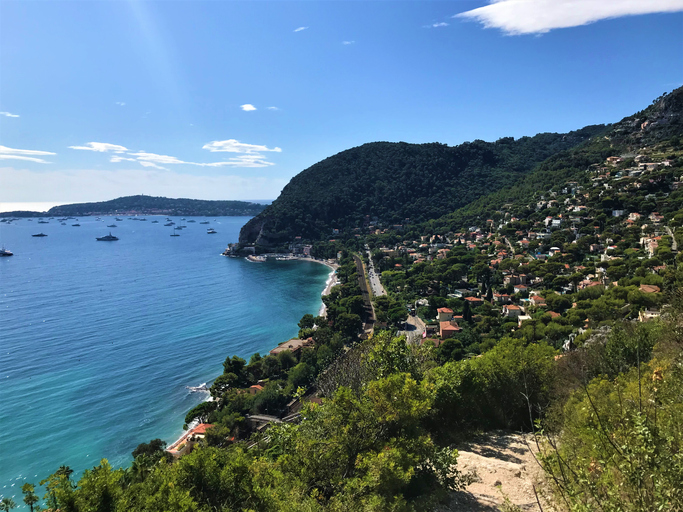 Everyone who has seen To Catch a Thief, Alfred Hitchcock’s 1954 classic, will recognize the Grand Corniche, that stunning coastal highway snaking along the cliffs above Nice to Monaco. In the film, Cary Grant and Grace Kelly speed in sleek convertibles around its hairpin bends with the wind in their hair, confirming the Riviera’s new golden age of celebrity glamour in the post-war years. For Academy Award-winning actress Grace Kelly, the romance with the area would endure, with tragic consequences.

In 1955, Kelly returned from the U.S. to Cannes for its famous film festival and met the dashing Prince Rainier of Monaco. They married the next year in a fairytale ceremony broadcast around the world. Kelly’s wedding dress was tailored by Hollywood designer Helen Rose and it took a dozen seamstresses six weeks to make. The 600 guests included film stars David Niven, Gloria Swanson, and Ava Gardner.

But in 1982, while driving the same stretch of the Grand Corniche that had been filmed with Hitchcock, the 52-year-old Kelly suffered a stroke, losing control of her car and plunging off an embankment with her daughter Stephanie. By a miracle, the daughter survived, but Kelly died. Her funeral was watched by 100 million people worldwide. Today, it is difficult to imagine such dark thoughts while navigating the Grand Corniche, with its endless views over the sparkling Mediterranean. But for anyone afraid of heights, there are convenient alternatives—the Moyenne Corniche and Corniche Inférieure (Middle and Lower Corniches), which provide the splendor without the vertigo.