ACROSS THE BRIDGE OF SIGHS 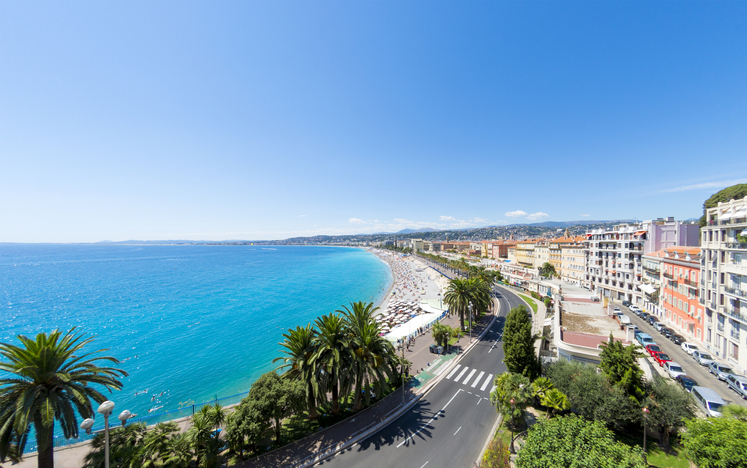 AN ESCAPE FOR THE WINTER MONTHS.

We think of the Riviera as a summer resort, but it first took off as an escape for the winter months. During the giddy period known in France as la belle époque (the beautiful era)— the late 1890s and early 1900s, when the country enjoyed a delicious spell of prosperity and peace—a new railroad connection from Paris to Nice allowed aristocrats to easily swap the gloomy northern shores for the year-round sunshine of the Mediterranean coast.

The English were particularly fond of wintering in the Riviera, and their presence transformed Nice from a quiet fishing port to a chic seaside paradise. They funded the now-famous beachfront walkway, called the Promenade des Anglais (English Promenade), which remains the symbolic heart of the city. But to get the most vivid sense of Le Prom’s original glory, stop at the Hotel Negresco, the most beloved of Nice’s many Art Nouveau hotels since a Romanian immigrant, Henri Negresco, opened it in 1912. You can still picture Europe’s high society parading through its gilded portals to dance the night away in the Salon Royale. This ballroom is justly famous for the glass dome designed by Gustave Eiffel (of Paris’ Tower), as well as the magnificent Baccarat chandelier, containing 16,309 pieces of crystal. (It had been created for Tsar Nicholas II, but delivery was canceled due to the 1917 Russian Revolution and the Negresco acquired it. Its twin today hangs in the Kremlin.)

Virtually next door is the magnificent Massena Museum, housed in one of Nice’s most flamboyant palaces, owned by the Massena family. Today, it is a museum to the history of the city. A few steps further down stands the recently restored Art Deco hotel masterpiece, the Palais de la Mediterranée, the ultimate choice since the Jazz Age for a sunset cocktail.