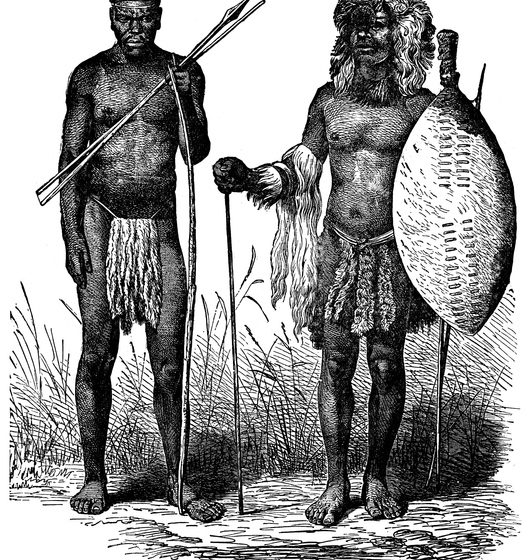 HOW AN ARROGANT AND SMUG ARISTOCRAT RADICALLY UNDERESTIMATED THE ZULUS.

The late 1800s saw the so-called “scramble for Africa,” as various European armies equipped with the latest military hardware seized enormous parcels of the continent from villagers who could only defend themselves with spears and daggers. The most heroic resistance came from the kingdom of the Zulus, a warrior culture in the spectacular eastern coast of South Africa (now the province of Kwazulu-Natal), which in 1879 inflicted on the British Empire a shattering defeat. In January of that year, a five-pronged redcoat army invaded Zululand to oust its king Cetshwayo. But the commanding general, Lord Chelmsford, an arrogant and smug aristocrat, radically underestimated his enemy.

The Zulu warriors, called impis, were actually an organized and disciplined force, who could cover huge distances on foot and wield their assegais (short stabbing spears) to deadly effect. On the morning of January 22nd, British scouts at one of the main British camps at Isandlwana were horrified to see a force of 20,000 Zulus gathering in the traditional “buffalo horn” formation used to outflank defenders. The battle raged all day, ending in fierce hand-to-hand fighting. By dusk, the British camp had been wiped out, with over 1,300 redcoats dead, many gathered in a series of desperate “last stands.”

Days later, another army of 4,000 Zulus surrounded a mission station at Rorke’s Drift, where a mere 139 soldiers were holed up. This time, the British were able to stave off the attack. But the larger invasion had been defeated, and the British withdrew. The news was greeted in London with shock and horror. Sadly for the Zulus, the British Empire could not allow such a humiliation to stand, and soldiers returned the next year with a much larger force, capturing King Cetshwayo. The Zulu king was exiled to London for several years, where he became a minor celebrity and met with Queen Victoria. He returned to his home in 1883 as a puppet leader, but died soon after.