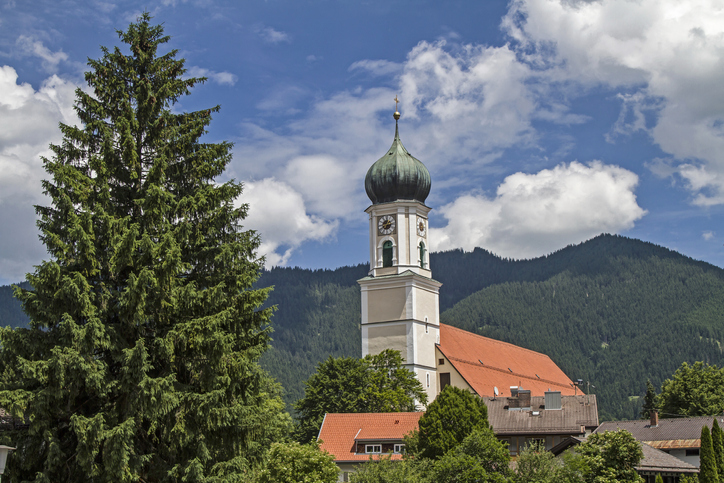 Promises to God are notoriously hard to keep. The townspeople of Oberammergau in the Bavarian Alps have not only kept their renaissance promise, they’ve turned it into euros and cents.

Flashback to 1633. Oberammergau was a stop on the market road between Augsburg and Venice. When the plague hit, the town elders swore to heaven, “Protect us and we’ll do a play about Jesus’ crucifixion every 10 years.” The first began in 1634. Today, the village of Oberammergau lives because of theater. Half of the 5,400 residents break a leg in the Passionsspiel (Passion Play), performed in years ending in zero from May to October.

Long traditions can get musty; until a couple of decades ago, the Passion Play had banned married women and non-Christians from the stage. That’s changed, due mostly to Christian Stückl, the play’s director. In June 2007 he pushed for the biggest change to the play yet: moving the 6-hour performance later in the day so that the Last Supper scene happens at twilight and the crucifixion by torchlight on Oberammergau’s partly open-air stage. The plan split the villagers, but in a referendum they voted to try Stückl’s vision in the 2010 performances.

In the 2000 Passion Play, Oberammergau earned some 80 million euros. Not bad for a 500-year-old promise.