THE WORLD OF THE INCAS

YELLOWSTONE: BIRTH OF THE PARK MODEL 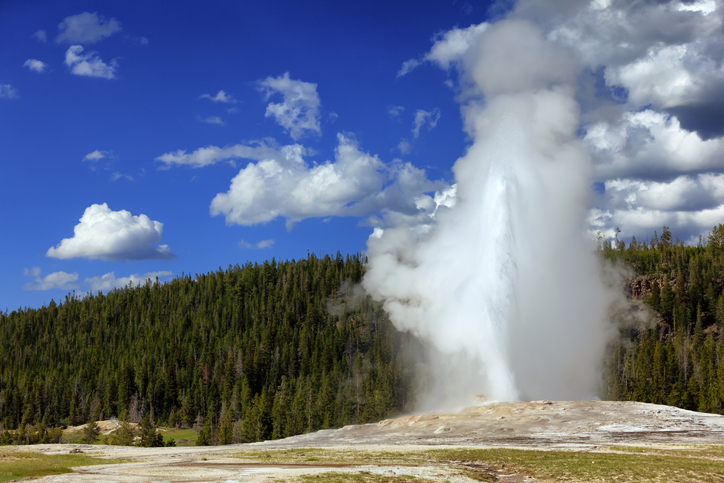 Every 90 minutes, hundreds of onlookers admire the gush of Old Faithful, the world’s most famous geyser. It’s a spectacle that remains as enthralling today as it was in 1870, when the members of a traveling group of scientists first beheld it. After spending weeks on a grueling horseback trip to reach the remote Yellowstone plateau, the American adventurers were so astonished by the 100-foot-high explosion of water that they threw up their hats and shouted for sheer joy at the sight. Sitting around the campfire that night, a member of the party named Cornelius Hedges proposed that this entire volcanic plateau in the Rocky Mountains should be protected from development and turned into the world’s very first “national park.”

Lobbying for the preserve in Washington, DC would be a long and complicated process, but on March 1st, 1872, Congress did pass the bill that protected two million acres of Yellowstone. This was a unique concept, and one that would be copied around the world. But in 1872, the idea was still experimental, and Congress made no provision for management of the park or protection of its wildlife. The first superintendent, Nathanial Langford, had no salary, no staff, no budget and was only able to visit Yellowstone twice in his five-year tenure.