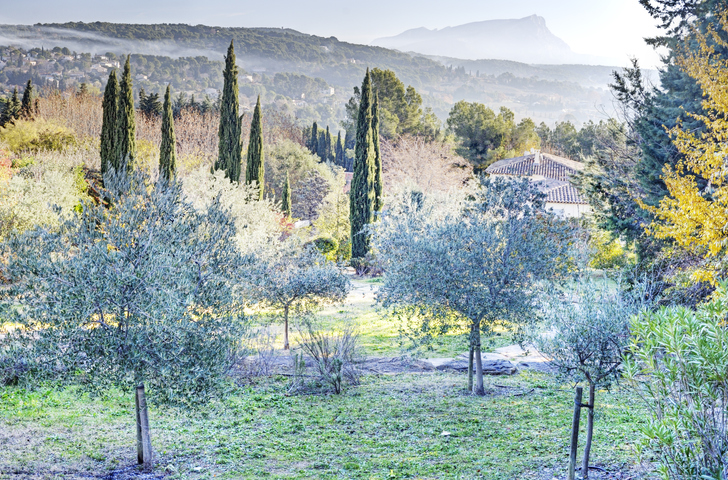 A WHO’S WHO OF MODERN ART

Most people get their first glimpse of southern France in an art gallery. Perhaps no place on earth has been home to so many celebrated painters, leading some critics to put it on par with Paris and New York as an international art center.

The influx began in the late 19th century, when the Impressionists Paul Cézanne and Jean Renoir became captivated by the area’s dazzling light, its sun-baked towns, azure sea views, and color-saturated hillsides. Passionate about painting en plein air (in open air), they were naturally drawn to a land with over 330 days of annual sunshine. (Cézanne took his love of the outdoors to extremes and at the age of 67 was still painting in the mountains near his home in Aix-en-Provence. He was finally caught in a storm and collapsed, dying not long afterward.)

The roster of painters who lived or vacationed in southern France, particularly Provence and the Riviera, is a who’s who of modern art: Van Gogh, Gauguin, Matisse, Monet, Cocteau, Leger, Degas, Dufy, Braque, and Dali were all inspired by the landscape here. But perhaps the most prolific and celebrated artist to fall in love with the south was Pablo Picasso. He first visited the Mediterranean coast in 1939, producing optimistic works with names like Joie de Vivre, and he returned to live there permanently after World War II, moving between beachside residences and a castle near Cezanne’s home in Aix. Picasso found the landscape liberating, declaring that, “In Paris, I never draw fauns, centaurs, or mythical creatures… yet they always seem to live in these parts.” Until his death in 1973 at the ripe age of 92, he stayed up until 3 am every night painting in his hilltop villa in Mougins, ceaselessly attempting to capture the magic of the south.

Tavel to France with Globus