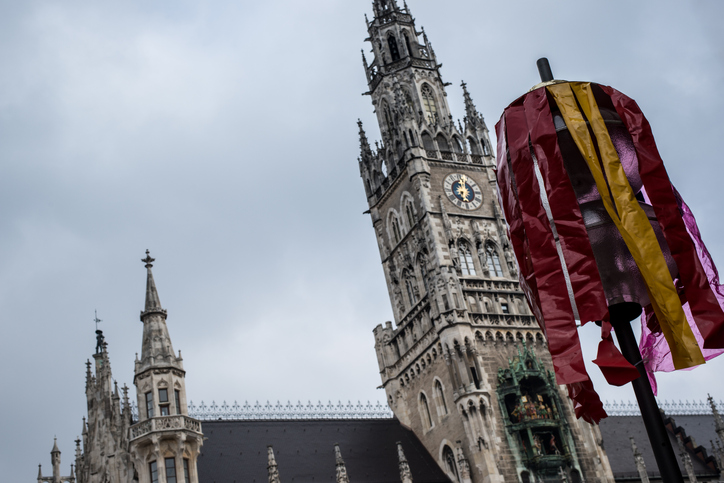 THE GERMAN SENSE OF HUMOR

Here’s the truth about German humor: it’s hard for outsiders to understand because it’s so like the Germans—ironic, provincial, self-deprecating. People in Hamburg tell jokes about Bavarians, Bavarians tell jokes about their neighbors in Baden-Wurtemberg, everybody tells jokes about the Saxons (and not very nice ones, either!). In their way, and in the proper season, the Germans try hard to be funny. They annually show off the results in Cologne, Mainz, Düsseldorf, and other mainly Catholic areas at Karneval, the partying days before the introspective weeks of Lent.

This is a well organized affair. A year in advance, Karneval clubs come together to begin planning costumes and floats for the parades that weave through the city centers. When the season kicks off the week before Ash Wednesday, men in glittering hats and mock soldier costumes hold court over great halls full of costumed revelers. On the stage are comical music and stand-up acts that deliver one-liners followed by trumpet fanfare to tell everyone when to laugh.

In the streets, the real biting humor comes in. On Weiberfastnacht, the Thursday before Ash Wednesday, costumed women snip off the neckties of unsuspecting men—a symbolic castration that’s followed with a kiss. Cologne is closed for business for several days, the streets clogged with citizens dressed in fantastic costumes, a beer or schnapps in hand (to keep warm) while parade floats go by. Why is all this done? Besides the German talent for finding an excuse to drink, Karneval and its off-beat humor go back to medieval religious festivals where everybody got to be a Narr (fool).