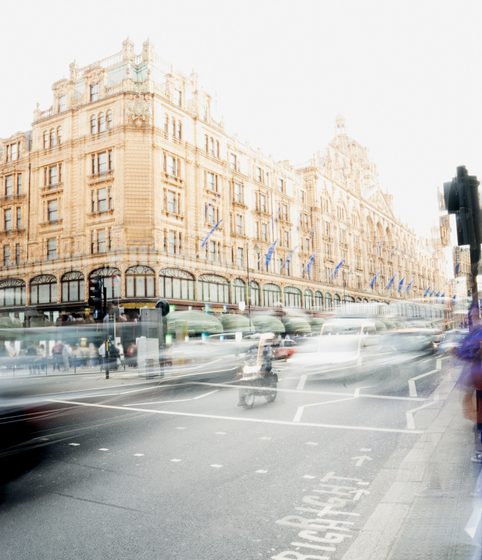 For decades, “Everything for Everybody Everywhere” was not only a slogan but, quite literally, a reality for Harrods, the world’s most famous department store. This mantra and the department store’s practice of providing high-quality merchandise with exemplary service largely explain its fame—that, coupled with the fact that it had royal support from 1913 through 2000.

Harrod’s 1912 mail-order catalogue explains the company’s history best, as it reads: “Harrods, the Supply Centre for the Empire: Wherever the British Flag floats, Harrods is a household word for everything good and reliable and their service is synonymous with Integrity, Assiduity, and Enterprise.” Harrods wasn’t always so stately—it took nearly a century to make its mark as a worldwide commodity.

Charles Henry Harrod started the store as a wholesale grocery in London’s East End in 1834. Seventeen years later, he moved his store to its current Knightsbridge location. Harrod’s son, Charles Digby, expanded the business beyond dry goods, and in the 1880s, began extending credit to their best customers. The grand palace of a building we know today was the brainchild of Richard Burbidge, who, in the 1890s, led the store’s evolution into London’s most fashionable store.

Over the years, Harrods has been connected in unusual ways with many famous people. One of the first customers to benefit from Digby’s credit offering was Oscar Wilde. In addition, the store embalmed the body of Sigmund Freud, sold A.A. Milne his first “Winnie the Pooh” bear for his son Christopher Robin, and Harrods saw talent in the future James Bond star Pierce Brosnan when hiring him in its pharmacy, bringing to life the retail institution’s new slogan: “Anything Is Possible.”