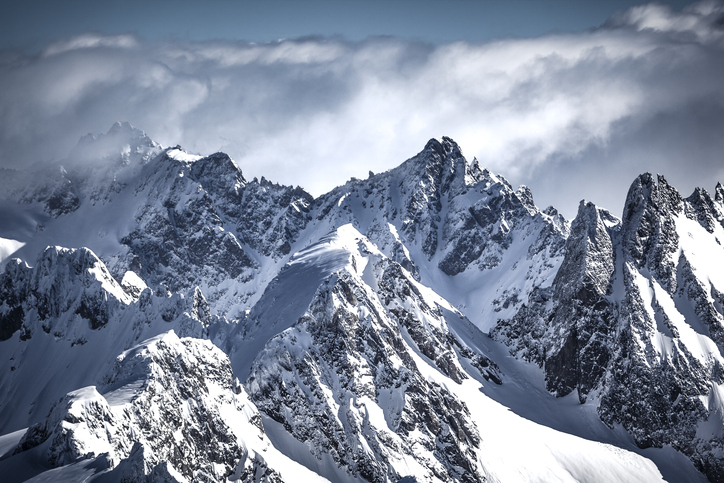 WHY THE FAMOUS “HOLLYWOOD” SIGN SHOULD CONSIDER A VACATION HOME IN SWITZERLAND.

The unearthly mountain scenery of the Alps has long attracted film-makers. One of the most visually stunning Swiss settings is in the 1969 James Bond film On Her Majesty’s Secret Service, where Bond (played by George Lazenbee) travels undercover to the mountaintop lair of the villain Blofeld (Telly Savalas), arriving by helicopter at a sparkling, silver-and-glass structure that looks like a flying saucer perched high on an ice-covered peak. The scene was shot at the actual summit of the Schilthorn, where the revolving restaurant called the Piz Gloria has stunning 360 degree vistas of Europe’s highest mountains. Permission to film was granted on condition the producers refurbished the restaurant’s interior and build a helipad, which they did for the then-impressive sum of £60,000 (about US$1.2 million in modern terms).

Today, the peak can be reached by cable-car from Mürren, and the space-age restaurant offers Bond-themed meals and excerpts from the movie in the downstairs cinema. The Alps also had starring roles in the adventure film The Eiger Sanction (1975), the historical drama Chaplin (1992), where several scenes were shot in Charlie Chaplin’s actual estate in Vevey, and kitsch comedies such as The Revenge of the Pink Panther (1975), partly shot in the exclusive ski resort of Gstaad. But perhaps the most imaginative use of Alpine scenery was Star Wars Episode III: Revenge of the Sith, where Switzerland doubled for the Wookie planet of Kashyyyk. In some ways, it was a logical choice: Anyone today taking a cable car or cog railway to the highest reaches of the Alps feels they have been transported to another world. (One Hollywood footnote: the famous 1937 version of Heidi, starring Shirley Temple, was actually shot in the San Bernadino Mountains in California – but its success inspired thousands to visit the Swiss Alps anyway).