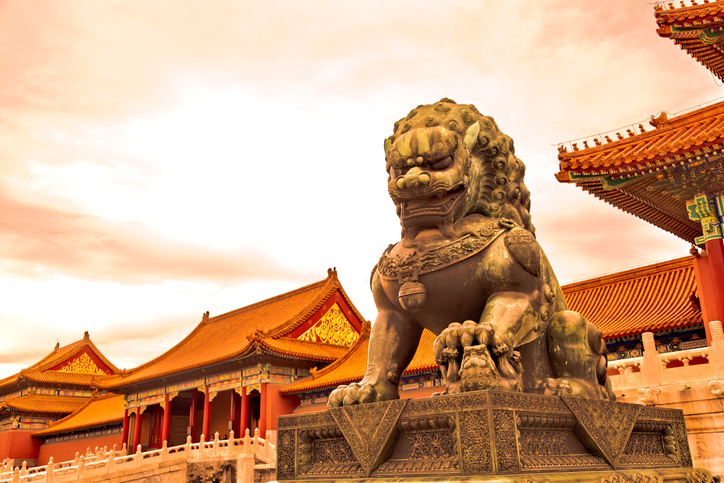 WHERE THE SONS OF GODS RESIDE.

The Forbidden City—the largest imperial palace in the world—is situated in the center of Beijing and covers more than 178 acres. It is said that there are 9,999.5 rooms in the palace—only half of a room less than the “Purple Palace,” where the god of Chinese legend resides.

During the 17th century, Chinese emperors claimed to be sons of the god to justify their absolute power. Thus, their homes were a forbidden area to the common people. Since an ancient Chinese legend described how the god resided in the heavens, known as the Purple City, “Purple Forbidden City” became the official name for the emperor’s palace.

Since 1624, 24 emperors have called the “Purple Forbidden City” home, though many of their lives were riddled with grief. Instead of enjoying a long life full of opulence and happiness, the Chinese emperors were confined to a large “courtyard” within the palace and forced to live a life of solitude. It was believed that the less interaction an emperor had with society, the better able they were to maintain an air of mystery. One emperor even committed suicide, unable to bear the anguish and solitude that came with the responsibilities of the throne. The palace quickly became a graveyard, engulfing the laughs, tears, and dreams of its former residents.