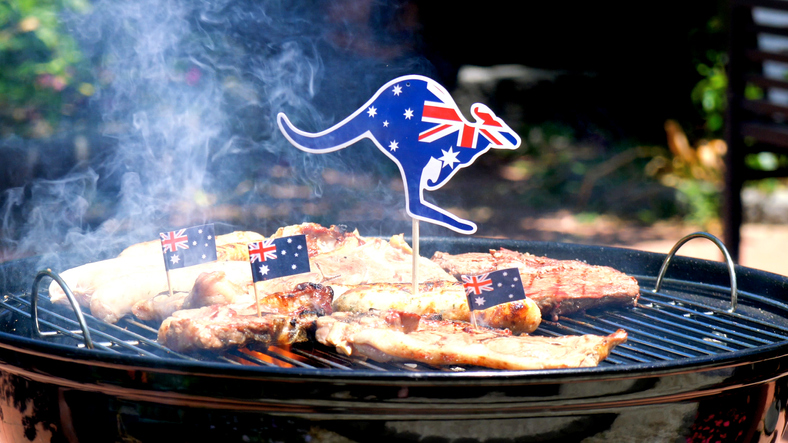 Walk into any Australian restaurant these days and you’ll find woven into the menu any number of native ingredients: stir-fried kangaroo, emu prosciutto, crocodile burgers, even oddities such as “Anabaroo, Mango and Burrawong soup” (buffalo meat, mango, and a native nut).

This fascination with “bush tucker” is a complete reversal of Australian culinary history. In fact, the first British settlers in the 1790s nearly died of starvation by refusing to acknowledge native food sources. Fresh from the slums of London and Manchester, they saw the Australian bush as a dry and barren world—and were dispirited when they failed to raise their home staples, like turnips.

The dry expanse of the Outback was considered even less promising—a vision of hell, its needle-sharp spinifex housing ungodly animals like Thorny Devils (horned lizards) and deadly King Brown snakes. But to the Aborigines, who had thrived in Australia for nearly 40,000 years, this landscape was a seasonal supermarket, providing bush plums and figs, desert raisins, honey ants, edible reptiles, and marsupials. Flowers that caught the morning dew even provided water in the desert.

It only took 200 years, but urban Aussies are now eagerly learning from Aboriginal elders and experimenting with the subtle flavors of the bush. Native ingredients are also healthy. Beyond the ubiquitous ‘roo meat (which is far leaner than beef and just as flavorful), look for jams and chutneys made of the green billy goat plum (which has 5,000 times the vitamin C content of an orange) or even “green ant sorbet,” a delicious concoction of lime-tasting insects: the ants feast on native citrus and their slightly crunchy bodies explode with flavor.