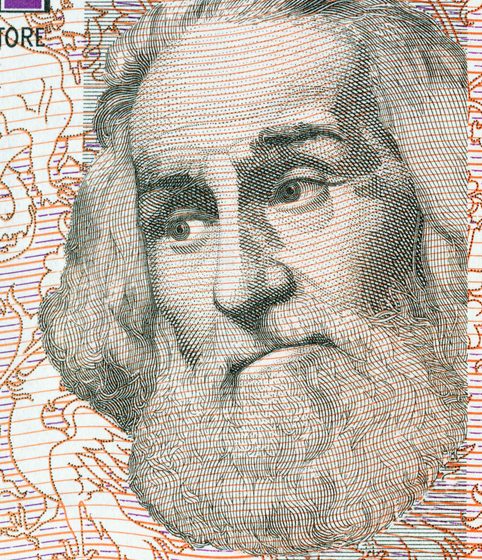 GATEWAY TO THE EAST

It is no accident that one of history’s greatest explorers, Marco Polo, came from Venice. His hometown had been Europe’s gateway to the East long before he set sail in 1271; the influence of the Orient could be seen in its art, its fashion, and its architecture, creating, in the words of one historian, “the most colorful, sumptuous, and sensually bewitching civilization that history has ever known.” Thanks to Venetian conquests in the eastern Mediterranean, 17-year-old Marco had the first leg of his travel route mapped out for him—he was able to island-hop through friendly territory as far as Constantinople; from there, he was seduced by China for more than 20 years.

When Polo returned to Venice in 1295 as a bearded middle-aged man, even his relatives did not believe he had been in China the entire time. After all, he and his companions (his father and uncle) were wearing poor-looking clothes, and they had no apparent treasure in tow. The three adventurers invited family friends to a homecoming banquet in their modest Venetian palazzo. After the guests were seated, Polo sliced open the hem of his outfit and hundreds of colorful gems poured onto the table—rubies, emeralds, sapphires, and diamonds that the trio had smuggled back to Europe from the court of the Great Khan. The guests were agog at the marvelous wealth and took Polo’s stories more seriously.

Polo’s Venetian upbringing is also obvious in the famous book The Travels, which he dictated after his return. According to legend, Polo was imprisoned by the Genoese after a naval battle, but luckily was able to collaborate with a fellow inmate who was a writer. It contains very few personal, first-hand accounts of his adventures in China; instead, it is a rather dry description of the many cities and provinces he had seen, full of lists of the goods they produce. This is because it was written for the money-loving merchants of Venice as a sort of patriotic service to the Republic: his audience wanted blunt commercial information, not local color. Tradition holds that an early copy of the book was kept on a chain in the Piazza San Marco, where local businessmen could refer to it as a sort of mercantile guide book.

On his deathbed, Polo was asked to correct his work, removing some of the stories about the East that seemed to be invented: the bejeweled splendor of the Great Khan and his palace; the terrors of the Tartar horsemen; the rigors of crossing the Gobi Desert. He replied that he had not recounted half of what he had really seen.