RITES OF THE FONDUE 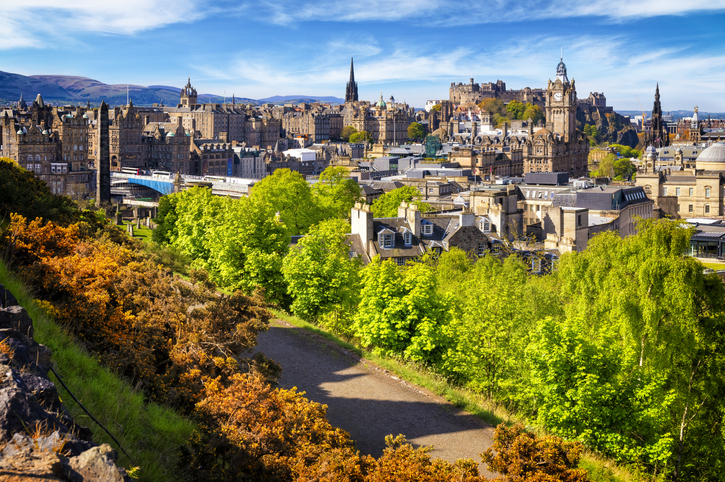 ATHENS OF THE NORTH

At least 22 cities claim to be the “Athens of the ______.” Edinburgh’s claim to the title “Athens of the North” stems from the late-18th century when the city was noted for its intellectual vibrancy and neo-classical architecture. Its topography is also similar to that of Athens, with a castle on a hill, fertile flatlands below, and a nearby seaport. The title became ironic a century later, when city leaders decided to build a monument to the fallen heroes of the Napoleonic Wars atop Calton Hill, overlooking Edinburgh.

The design called for a shrine with neo-classical Greek columns resembling the Parthenon. Local legend says it was to be a full replica of the ancient Greek structure, but the monument was never completed. Today, it stands as a half-finished tribute to all those who gave their lives fighting Napoleon. This effort, designed to enhance the city’s reputation as “Athens of the North,” became more commonly known as “Edinburgh’s Folly,” “Edinburgh’s Disgrace,” or “Scotland’s Shame.”