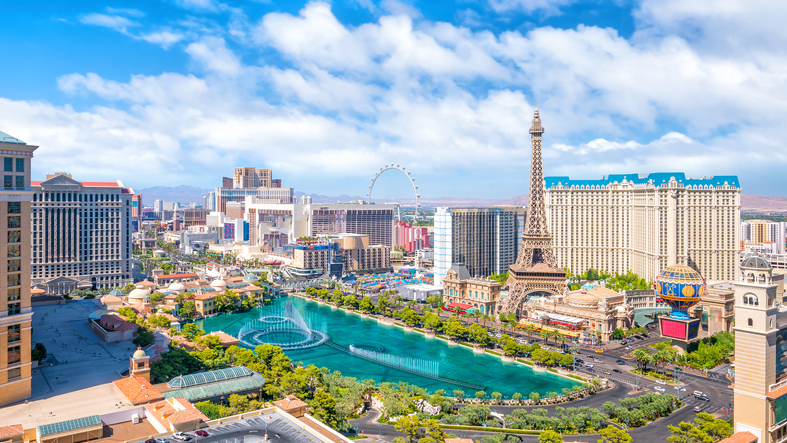 NOBODY KNOWS WHO CAME UP THE NAME, WHICH SUGGESTS A RAFFISH, IRREVERENT, AND TIGHTLY-KNIT GROUP.

The coolest era in Las Vegas history began on the night of January 20, 1960, when Dean Martin was performing onstage in the lavish Copa Room of the Sands Casino and was joined onstage by Frank Sinatra to sing “Sleep Warm.” That same year, five entertainer friends—Martin, Sinatra, Sammy Davis Jr., Peter Lawford, and comedian Joey Bishop—appeared together in Vegas-based heist film Ocean’s Eleven and became known as the “Rat Pack.”

Throughout the 1960s, the group would return to the Sands for a series of classic performances that would firmly establish Las Vegas as the entertainment capital of the U.S. Whenever one member was booked to perform, the others would often turn up for an impromptu joint show. Marquees began to read DEAN MARTIN, MAYBE FRANK, MAYBE SAMMY—and sold-out audiences would be sprinkled with Hollywood goddesses such as Elizabeth Taylor, Marilyn Monroe, Lauren Bacall, Judy Garland, and Angie Dickinson, as well as political aristocrats like the Kennedys (Rat Pack members campaigned for JFK and helped desegregate Las Vegas, refusing to appear in hotels that did not allow African-American performers).

The group’s popularity began to wane at the end of the 1960s as Rock ‘n Roll gained momentum and the Rat Pack was seen as too “straight,” but nostalgia for the era has led to a revival of interest in recent years with. For example, a remake of Ocean’s Eleven, plus sequels Ocean’s Twelve and Thirteen, starred George Clooney, Brad Pitt, and Matt Damon. Visitors to Las Vegas in search of the iconic Copa Room, however, will look in vain. The Sands Hotel was demolished in 1996 to make room for The Venetian.