CHANGING OF THE GUARD 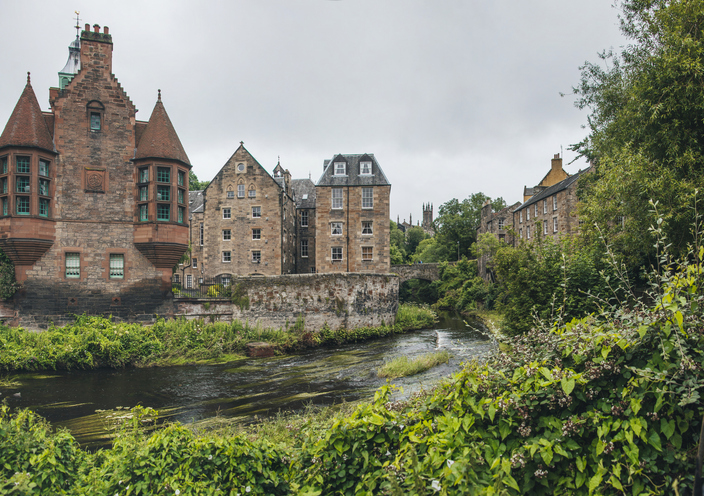 With the stark difference between the New and Old Towns, it should come as no surprise to learn that the man who wrote Dr Jekyll and Mr Hyde, Robert Louis Stevenson, was a native of Edinburgh. The New Town, where Stevenson grew up, was planned out in the 18th century as a gracious, geometric pattern of wide streets and spacious Georgian town houses. But Stevenson was fascinated by the medieval Old Town, which has always been one of Europe’s most mysterious and haunted enclaves—a romantic warren of ancient alleyways that twist and turn past moldering graveyards and gas-lit pubs, ending in ghostly cul-de-sacs that bear little bronze plaques with quotes from local poets and writers (Robert Louis Stevenson gets one, of course: “The stars in heaven aren’t so beautiful as the lamps of Edinburgh on a misty night”).

Today, as in Stevenson’s day, the Old Town’s maze of streets is barnacled with history, and memories from the Middle Ages lurk on every corner. Its most atmospheric spot may be Mary King’s Close. When the black plague broke out in 1645, this whole lane was bricked up by the authorities with the tenants still inside, dooming them to starvation. Standing in its fetid tunnels you can easily imagine when Edinburgh was the most crowded city in Europe, filled with the frail residential that rose as high as 14 stories and were prime fodder for fire and collapse. Back then, pedestrians would have to dash from door to door, dodging the buckets of refuse tossed from above (tenants would yell gardylou, a corruption of the French gardez l’eau, which means, “watch out for the water”).

Robert Louis Stevenson himself suffered from serious health problems due to Edinburgh’s chilly climate and later in life, he was obliged to leave his beloved city. After many epic journeys, he died far away from his damp, dark homeland, on the tiny tropical island of Samoa in the South Pacific.

Travel to Scotland with Globus