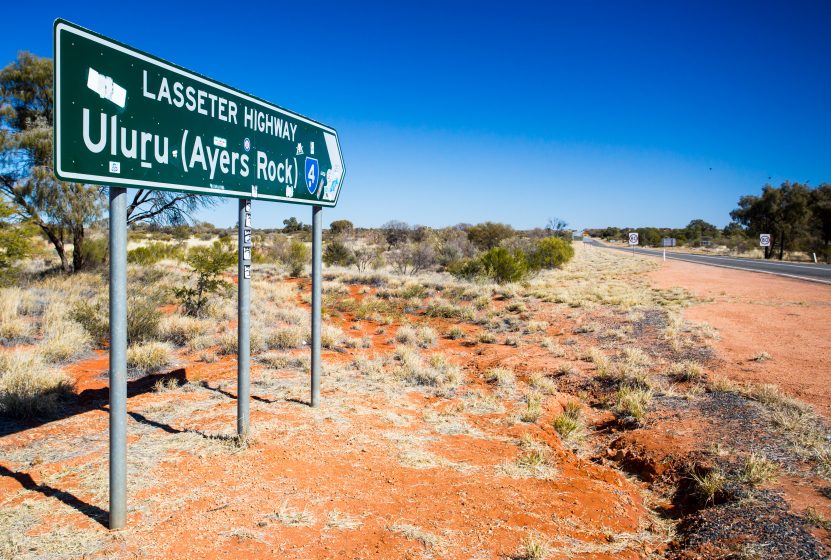 Almost everything has two names in the Outback these days. Ayers Rock, the symbol of the Red Center, is now more correctly known by its traditional Aboriginal name, Uluru. The famous monolith sprouting from the desert was given its English title by the first European explorer to clap eyes on it in 1873, Ernest Giles, in honor of his British benefactor, Sir Henry Ayer. But for all of 20,000 years before that, local inhabitants called it Uluru (apparently, after one of the ancient clans in the area) and regarded it as a sacred site.

By the mid-20th century, ownership of the monolith had become a contentious political issue. Finally, in 1985, “the Rock”—and 300,000 or so acres around it—were officially returned to their original owners, the Anangu people, who now lease them back to the Australian government as part of Uluru-Kata Tjuta National Park. The entire region around Uluru is riddled with sacred sites, so access to the landscape is now strictly controlled, with designated hiking trails and viewing areas to observe the Rock’s famously brilliant color changes at dawn and dusk.

But one issue continues to cause tension: to climb or not to climb? Thousands of visitors still hoist themselves up the Rock using chains, but to the Anangu, this is stomping on holy ground. Their elders can’t forbid foreign visitors from climbing—the right was written into the hand-back agreement—but signs erected by the Anangu very politely ask people not to. If you choose not to climb, there is always Plan B. Just after dawn, Uluru seems to glow as if lit by an inner flame, and it is cool enough to tackle the base hike—a 6-mile circumnavigation at ground level. Up close, the towering surface is intricately pitted and pockmarked, with Aboriginal rock art in overhanging caves. (Inside these dents, the actual color of the rock is revealed to be elephant skin gray; the lurid red exterior is due to the oxidized iron in the sandstone). As you pay homage at the base, remember that Uluru may be tall—over 1,000 feet high—but it also goes down 4 miles beneath your feet!

After the Rock, it’s only 30 miles west to the national park’s other geological marvel: The Olgas (Kata Tjuta, meaning “many heads”). This stunning group of red sandstone domes rising out of the desert is not as famous as Uluru, but is easily as awe-inspiring: it’s as if 20 Ayers Rocks had been cut in half and stood end on end.