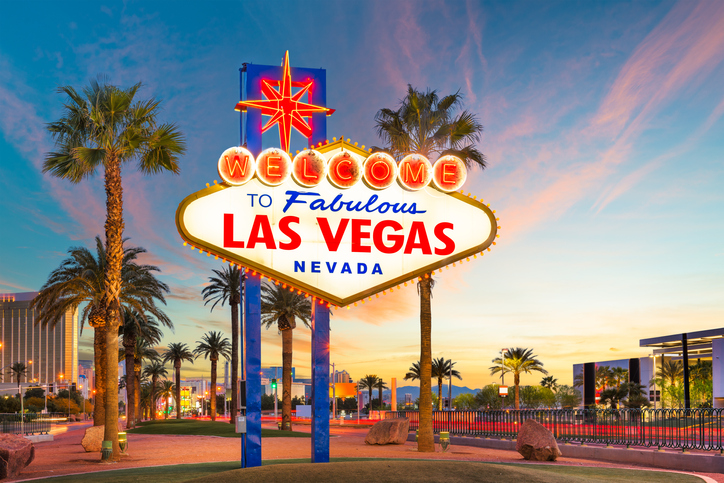 SIEGEL MAY HAVE BEEN AN EFFICIENT ASSASSIN, BUT HE PROVED A DISASTROUS MANAGER.

Ordered to oversee mob affairs on the West Coast, he settled in Hollywood, where he hobnobbed with celebrities and starlets. (Incidentally, Siegel hated the nickname “Bugsy,” which the media gave him during a failed prosecution for murder, referring to his crazy and erratic behavior). In early 1946, Siegel’s bosses ordered him to inspect a lonely outpost in the Nevada desert called Las Vegas. Apart from a few dusty saloons that catered to workers from the nearby Hoover Dam, a Californian businessman was building a modest casino-hotel, the Flamingo. Unexpectedly, Siegel fell in love with the idea and decided that Las Vegas could become a gambler’s paradise. He took over the Flamingo project and started pumping funds to turn it into one of the most luxurious hotels in America, a dreamlike resort with air-conditioned rooms, croupiers in white tails, swimming pools, and golf courses.

Siegel may have been an efficient assassin, but he proved a disastrous manager. Costs soared. To help pay his debts, Siegel decided to open the casino’s doors early, at the end of 1946. A few of his celebrity friends, including the actor George Raft, traveled to Las Vegas for the supposedly glamorous opening night, only to find the gaming room still under construction, with painters’ drop clothes still draped over the roulette tables. Siegel’s mafia bosses, including the “Jewish godfather,” Meyer Lanksy, were appalled at the fiasco. The Flamingo Hotel had swallowed $6 million, a staggering sum for the time.

Not surprisingly, in June 1947, Siegel was gunned down in his Beverly Hills home. (Although the killer was never found, Lansky is presumed responsible). The Flamingo was put under new management and immediately began turning a massive profit. Today, only the pink façade of the original casino still stands on the Strip, at the busiest crossroads of Las Vegas. As characters in both The Godfather II and The Sopranos have observed, no statue to the city’s true founder, Bugsy Siegel, has yet been erected.