THE MAN WHO STOLE THE MONA LISA 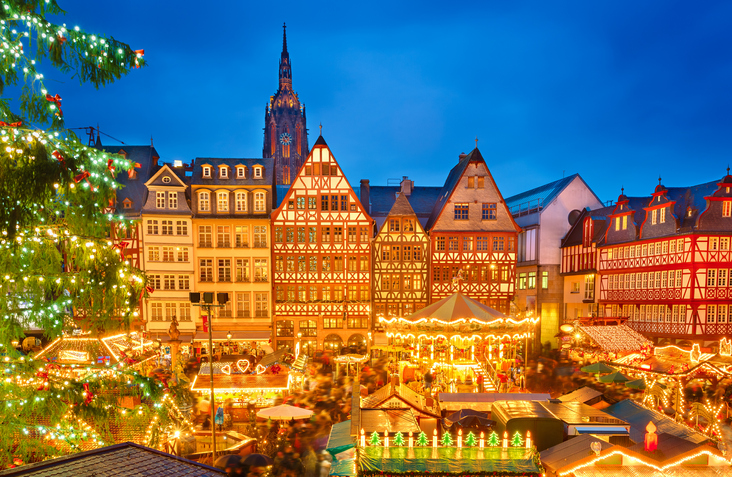 Twas a month before Christmas and all through the land,
the season kicked off at a gingerbread stand…

In some cases, at a Lebkuchen stand at the Christkindlemarkt in Nuremberg, one of the oldest Christmas markets in Germany. Nobody has Christmas here without Lebkuchen, the city’s gingerbread, and it’s hard to resist a market to help put you in the holiday spirit—especially in a land where Christmases are rarely white.

Many Germans argue about which city claims the biggest market. Dresden is a contender with its Striezelmarkt, where starting in November, 250 stands sell ornaments, gifts, and food. It could also be Munich, where 3 million people visit the Marienplatz for a market that, until a century or two ago, wasn’t infused with the Christmassy spirit—it was merely an opportunity to buy supplies for winter. If not the biggest, Nuremberg’s market gets nationwide attention because of its Christkind, a teenage girl in golden costume who opens the market every year at the entrance to the Frauenkirche (Protestant church).

Regardless of the city, the spirit is the same. Under the red- and white-striped awnings of market stalls, you’ll see glittering ornaments, wooden dolls and nutcrackers, smells of gingerbread and sausages, and the sounds of Holiday tunes through outdoor speakers. It’s Christmas chaos, and the jolliest shoppers have likely already finished their first cup of Glühwein (hot spiced wine).