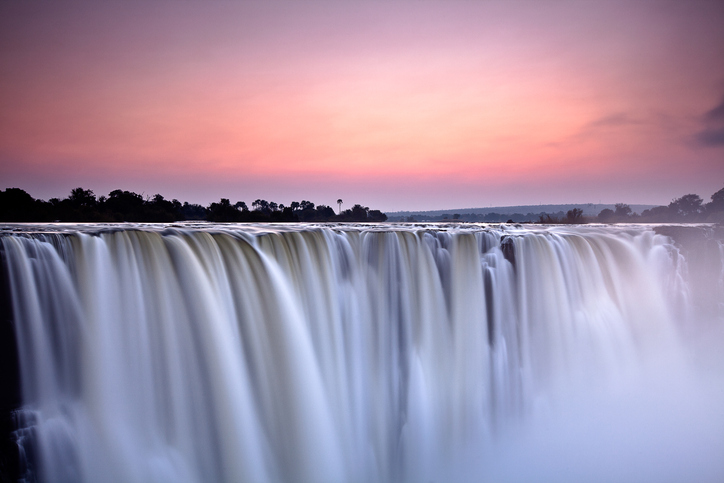 For centuries, European travelers to Africa refused to believe the rumors about the majestic Victoria Falls, which Arab mapmakers called “the end of the world.” The first white person to behold them was the explorer Dr. David Livingstone in 1855, after a grueling four-year journey along the Zambezi River. Livingstone was flabbergasted by the thunderous cataracts, writing that “scenes so lovely must have been seen by angels in their flight.” At the time, the interior of Africa was a vast blank space on the map, and unraveling its tantalizing mysteries would inspire a string of Victorian explorers to endure Biblical suffering and deprivations. They included such eccentrics as Richard Burton, who was the first translator of One Thousand and One Nights and the Kama Sutra, and Richard Speke, who went temporarily deaf when he removed a beetle from his ear with a knife, and suffered a smorgasbord of tropical diseases, one of which turned him blind for months.

But Dr. Livingstone has gone down as the most obsessive and masochistic of the bunch. A former missionary, he felt it his religious duty to open up the “dark continent” and spent 30 years on a series of expeditions with only a few native porters as company. On one occasion, he was mauled by a lion and only escaped by feigning death. Livingstone occasionally emerged from the wild to lecture on his discoveries in London and denounce the evil slave trade that was devastating Central Africa. Increasingly hampered by malaria, he disappeared for several years in the late 1860s, inspiring a rescue mission by another crazed explorer, Henry Morton Stanley, who walked 7,000 miles in brutal conditions to find Livingstone near Lake Tanganyika in modern Tanzania.

There has long been doubt whether Stanley really said his famous words, “Dr Livingstone I presume,” when he finally greeted the doctor. But historians now think it probable, and that Livingstone smiled broadly and replied, “Yes, that is my name.” Livingstone was delighted by the encounter, which he said filled him with new energy and hope. But he refused to abandon his mission. He died two years later in the jungle – although his frail body was brought back for a hero’s burial in London.