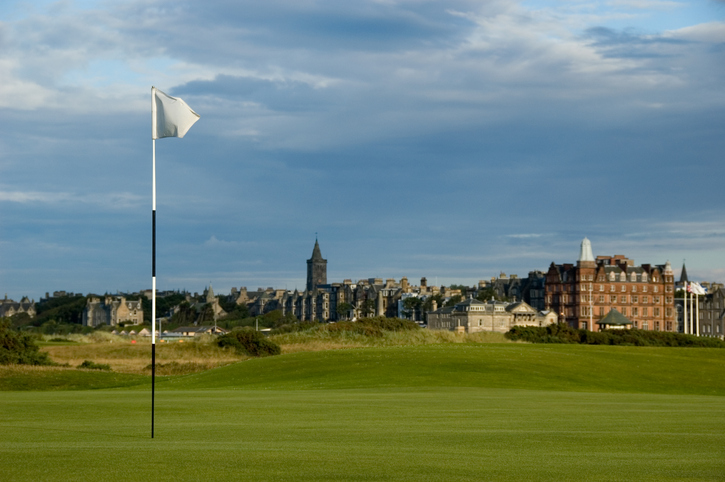 Few realize that the game of golf has been distracting Scotsmen for more than 600 years. The earliest known reference to it comes from the 1400s, when the Scottish Parliament had to ban the playing of gawf, thought to be the old Gaelic spelling, because it was keeping able-bodied citizens away from their military training.

Nobody knows who invented the addictive game, but it is agreed that the world’s first permanent golf course was created on an oceanside stretch of land in St Andrews, a magnificent medieval town that also boasts the country’s oldest university (the Crown Prince William is among its students).

Today, St. Andrews is still a paradise for golfers, who flock here from around the world to play the Old Course bathed in golden northern light and to visit the majestic clubhouse of the Royal and Ancient Golf Club of St. Andrews. Almost every aspect of golf was devised on this verdant piece of real estate, right down to the number of holes in a tournament.

The Old Course originally had 11 holes, determined by the rugged topography of the land, and it would be played in both directions for a total of 22 holes in a round. But as the game became more popular in the 1700s, some of the holes were deemed too short and were combined, eventually leaving 18 holes, now the standard. In 1897, the Society codified the game’s rules, and since 1952 has shared their administration with the United States Golf Association. Luckily for travelers who do not share the international obsession with golf, St. Andrews has a great deal more to offer, including the haunting ruins of St. Andrews Castle, which towers over the wild Scottish shoreline and is one of the most evocative historical sites in Britain.