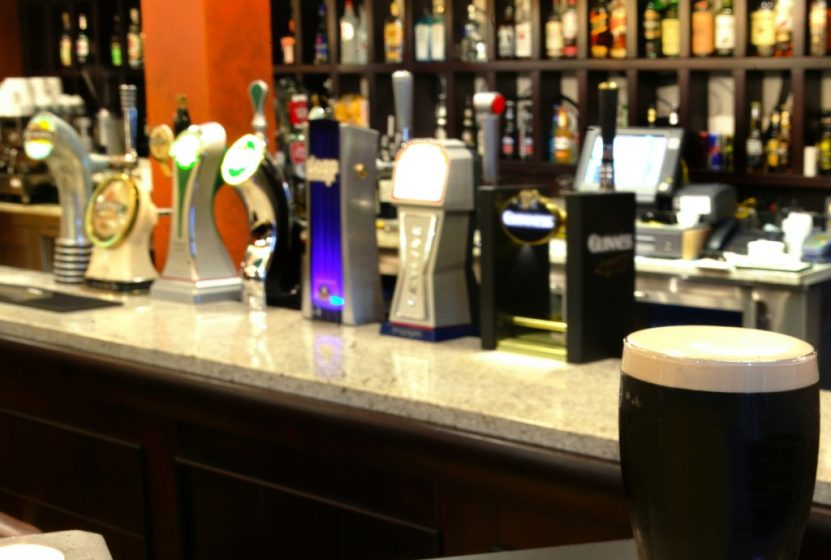 “GUINNESS IS GOOD FOR YOU!”

Wine-lovers may flock to the vineyards of France, but for connoisseurs of beer, Europe’s sacred site is the Guinness Storehouse in Dublin. The old St James Gate Brewery was derelict when it was leased by Arthur Guinness in 1759 using £100 left by his godfather. When a craze for a new, heavy style of beer called ‘porter’ began sweeping Dublin about 20 years later, Mr. Guinness decided to beat the English brewers at their own game, and devised the velvety, pitch-black Guinness Stout. It soon became an Irish staple. Today, Guinness is an international, $3 billion-a-year business, but the recipe for “the Black Stuff” is still a closely guarded secret – part chemistry, part mystery. We do know that Guinness’ unique color and flavor stem from the addition of barley — rolled and roasted – to beer’s traditional ingredients of malt, hops and yeast. A substance obtained from fish bladders, known as isinglass finings, is added to help clarify the beer.

But is the stout aged to promote its sharp flavor, as it was in the 18th century? The current owners of the company, a conglomerate called Diageo, won’t say. Finally, pouring a Guinness seems to involve as many arcane rules as its manufacture. Diageo stipulates that the “perfect pint,” with a slow cascade of tiny bubbles and creamy head, can only be achieved in a tulip-shaped glass, with the temperature of the beer exactly 42.8 degrees Fahrenheit. The famous “double pour,” whereby each glass of Guinness is half filled, allowed to sit before being topped up, should take exactly 119.53 seconds. At the St. James’s Gate Brewery, a self-guided tour allows you to revisit some of the company’s historic advertising campaigns. “Guinness is good for you!” was one famous slogan in the 1920s, when it was discovered that the brew contained antioxidants that ward off heart disease and contains less calories than orange juice. The price of admission includes a free Guinness.