THE NAZCA LINES – MESSAGES TO THE GODS?

GALÁPAGOS ISLANDS: WHERE THE WILD THINGS ARE 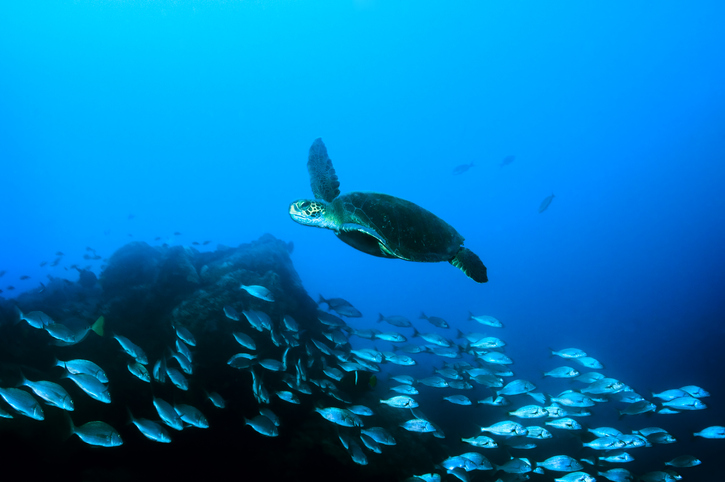 IN THE GALÁPAGOS, YOU’LL GET REAL UP CLOSE AND PERSONAL WITH A LOT OF DIFFERENT ANIMALS!

The Galápagos is home to some of the highest levels of endemism (species that are unique to a specific area—different from indigenous species, which can be native in multiple areas) on the planet. About 80% of the land birds, 97% of the reptiles, and more than 20% of the marine species are found, literally, nowhere else on earth. Among the endemic sea birds are the flightless cormorant, two species of gull, and the only penguin species that lives in tropical waters.

With such extraordinary lands and skies, it will come as no surprise that the underwater world of the Galápagos is no less species-rich. The geographical location of the archipelago, at the confluence of warm and cold waters, makes for astonishing diversity. The waved albatross breeds solely on Española Island, while colonies of blue-footed, red-footed, and masked boobies are found alongside frigate birds. In addition, there are 300 species of fish, at least 1,600 species of insects, 80 spiders, 300 beetles, 150 mites, 80 land snails, 650 sea shells and other mollusks, 200 starfish and urchins, and 120 crabs. In short, in the Galápagos, you’ll get real up close and personal with a lot of different animals!