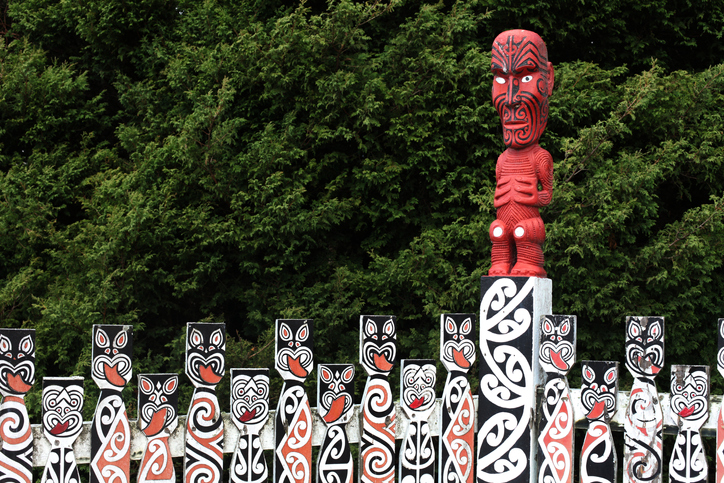 HOW NATIVE NEW ZEALANDERS HAD THE WOOL PULLED OVER THEIR EYES.

Like the Plains Indians of America, the Maoris were a fierce warrior culture. Tattooed from head to foot, speeding through the costs in long canoes and wielding clubs to deadly effect, these Polynesian tribesmen terrified the first white explorers. Although they were divided into 1500 independent groups that often warred amongst themselves, the Maoris still deterred settlers for generations. So, in the early 1800s, New Zealand only attracted lawless refugees – escaped convicts, sealers and Yankee whalers. These roughnecks lived in desperate little colonies, brawling, kidnapping native women and squabbling drunkenly amongst themselves.

The situation became so violent that missionaries asked the British to intervene. In 1840, Queen Victoria finally annexed the islands and dispatched a naval officer named William Hobson to negotiate a treaty with the Maoris, who still outnumbered whites by fifty to one. For months, he traversed the remote landscape with a piece of paper, the Treaty of Waiting. It offered a text in Maori and English, although the Maori translation of the terms was not correct.

Eventually, about a third of the Maori chiefs signed. They had never perceived this as a gesture or submission. But as more British settlers continued to arrive over the rest of the 19th century, the Maoris lost most of the land they believed had been protected by the treaty. Without their home territories, the Maori population rapidly declined, pushing them into the second-class social position they battle in New Zealand today.