THE ORACLE OF DELPHI 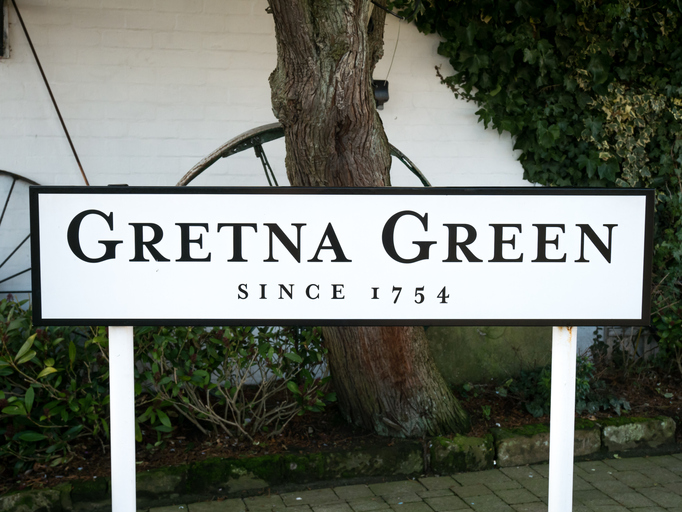 SYNONYMOUS WITH ELOPEMENT AND BLACKSMITH MARRIAGES

There are many legends of love that surround Gretna Green, the first town encountered across the Scottish border. For centuries, Gretna Green has been Synonymous with Elopement and Blacksmith Marriages, although marriage by a blacksmith is more legend than fact.

Until the 18th century, church marriages among the lower classes in Europe were almost unheard of. Instead, lower class weddings were usually looked at as “marriage by declaration.” When England passed the Marriage Act of 1754, establishing church weddings as the only legal form of marriage, a sudden industry began over the border in Scotland, where couples could still wed by declaration.

Scottish “blacksmith priests” began working in pubs and inns—and the eloping couples came in droves. While the laws changed over the years, and marriages now need to be registered to be legal, the romantic history of Gretna Green still calls. The six “blacksmith wedding” sites in town hold a noted 5,000 weddings annually and the town’s fame has etched an eternal place in history, thanks to references in the literary works of Robert Burns, Jane Austen, Charles Dickens, and others.

Travel to Scotland with Globus