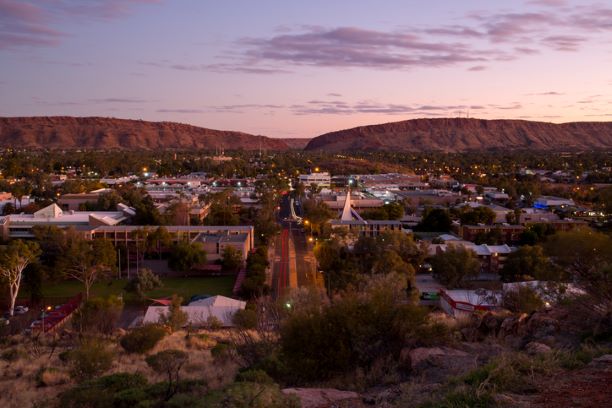 THE WONDERFUL (AND WILD) HEART OF OZ.

Nothing sums up the sheer enormity of Australia like the Outback, a sun-scorched expanse that dwarfs even the American plains. On its lonely highways, cars pass so rarely that drivers will always salute each another by raising a single finger from the wheel. Today, the Red Center has an urban hub, a town called Alice Springs. This former telegraph outpost has expanded into a vibrant place, where bush characters with names like Stumpy, Wooky and Trots mingle with tourists in the pubs over barbecues and beer. Even the female cattle workers, called jillaroos, are perched on the bar stools drinking chardonnay from pint-sized mugs.

But in order to experience the harsh Outback of myth, you have to leave the town limits in a 4WD vehicle. Beyond Alice Springs lie wide dirt roads with corrugations that shake the fillings out of teeth. In the rust-colored desert, mini-tornadoes called willie-willies float through the haunted scrub. There are cliffs that turn blood red in the sunset, meteor craters blasted 145 million years age ago and natural galleries of Aboriginal rock art. At night, the crystal clear sky bursts with brilliant southern stars. And hidden in the remotest valleys are oases giant palm trees, marsupials, fish and exotic bird life. It’s no wonder the first British explorers who staggered into these secret groves thought they were dreaming.