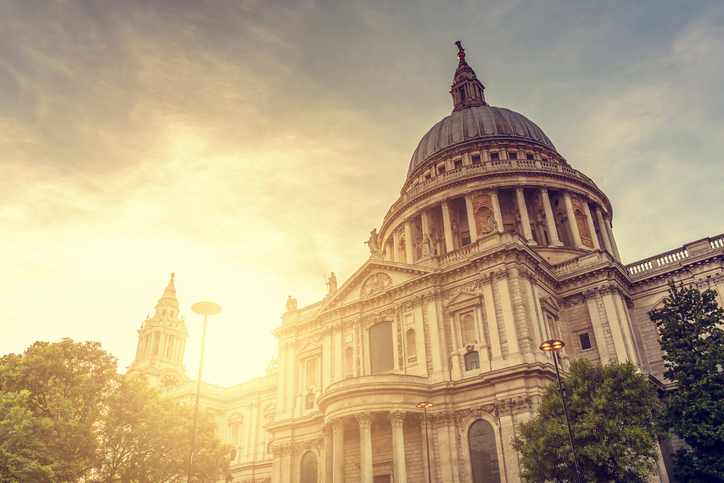 ST PAUL ABOVE THE CITY RIDES

“Afloat upon ethereal tides,” wrote the 19th century poet John Davidson, “St Paul above the city rides” — and London’s greatest cathedral, which still dominates the city skyline today, has never looked so good: The first full restoration of the interior and exterior will be finished this year (2010). Standing beneath the iconic dome of Sir Christopher Wren’s masterful creation, you can easily imagine all the lavish ceremonies that have taken place here since its completion in 1697.

Admiral Nelson, the Duke of Wellington and Winston Churchill all had their funeral services here. It saw the jubilee reception for Queen Victoria; the celebration for Queen Elizabeth II’s 80th birthday and the hugely publicized marriage of Prince Charles and Lady Diana. Every spare inch of the interior is devoted to British heroes of the last three centuries. But for a more human touch, head to the south transept, where the great 19th century painter J.M.W. Turner is honored. After all the military men and dashing explorers, brandishing their rifles and swords, Turner stands proudly in his artist’s smock, flourishing a paint brush.