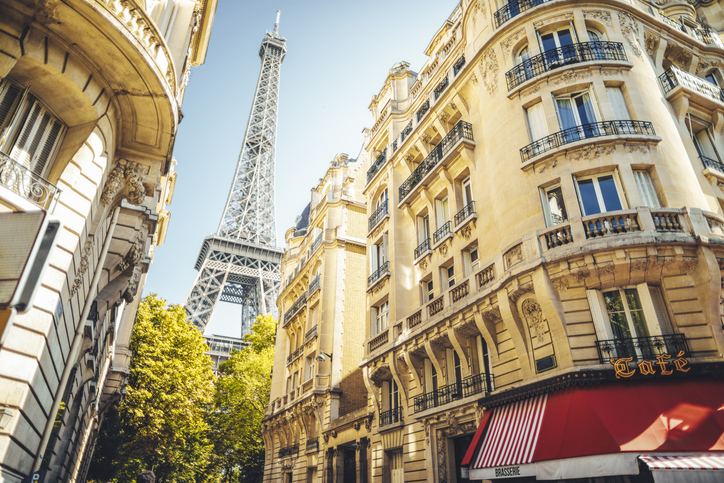 WHERE DINING OUT FIRST BECAME THE “IN” THING.

Everyone who comes to Paris looks forward to its restaurants — and it has been that way for more than 200 years. Back in the Middle Ages, European aristocrats traditionally ate in their own homes unless they were traveling, when they brought along their own cooks. The idea of “eating out” can be dated back to the 1770s, when a craze began for fresh, healthy soups (literally restoratives, or “les restaurants”) served to the public by talented vendors. The real turning point came during the French Revolution in 1789, when Paris was flooded with unemployed chefs of the nobles who fled France or were arrested. Entrepreneurs saw the need for dining rooms where middle class citizens could choose a range of meals from menus. The idea caught on.

As Napoleon conquered Europe in the early 1800s, Paris became flush with new wealth, and the city’s restaurants — as they were now commonly called — grew more ornate, with chandeliers, Grecian columns, oil paintings, floor-to-ceiling mirrors and the first waiter service. Still, modern diners might find these early eateries a little different from those in present-day Paris. For example, no reservations were taken. As diners arrived, they would choose between the main salon and a private room, if they did not want to be observed while eating. The first menus were as thick as newspapers, and commonly offered hundreds of dishes, including two dozen types of veal preparation. In truth, the real number of dishes offered on any given day were far more limited, written by hand into the margins or explained by the waiters. This was the casual fore-runner of the “plats du jour,” special plates of the day, scrawled in chalk on blackboards by restauranteurs all over Paris today.